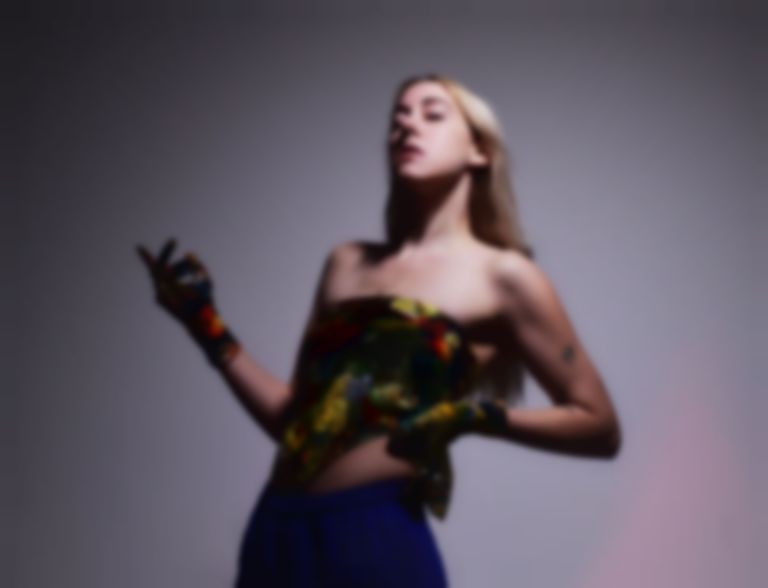 TORRES has released new single "Hug From a Dinosaur" today (16 June) as a second taster of her upcoming Thirstier album.

"Hug From a Dinosaur" lands after last month's lead offering "Don't Go Puttin Wishes in My Head", and is, in part, about TORRES bringing her girlfriend lunch so she can carry on painting.

TORRES, real name Mackenzie Scott, explains, "The title emerged from a dream I had. The song’s theme is that truth is eternal, and it’s also about never stopping. To bring it back down to earth, the song’s also about being ready to drop everything to do something essential for someone you love. In this instance, it’s bringing my girlfriend lunch so she can keep painting."

Thirstier will follow last year's Silver Tongue album, and was recorded last autumn at Middle Farm Studios in Devon. The album is co-produced by Scott, Rob Ellis and Peter Miles.

Scott says of the record, "I’ve been conjuring this deep, deep joy that I honestly didn’t feel for most of my life. I feel like a rock within myself. And I’ve started to feel that I have what it takes to help other people conjure their joy, too."

She adds, "I wanted to channel my intensity into something that felt positive and constructive, as opposed to being intense in a destructive or eviscerating way. I love the idea that intensity can actually be something life-saving or something joyous."

"Hug From a Dinosaur" is out now. TORRES' Thirstier album will arrive via Merge Records on 30 July, and is available to pre-order now. She'll play London's Bush Hall on 15 March 2022. Tickets are on sale now at torresmusicofficial.com/tour.