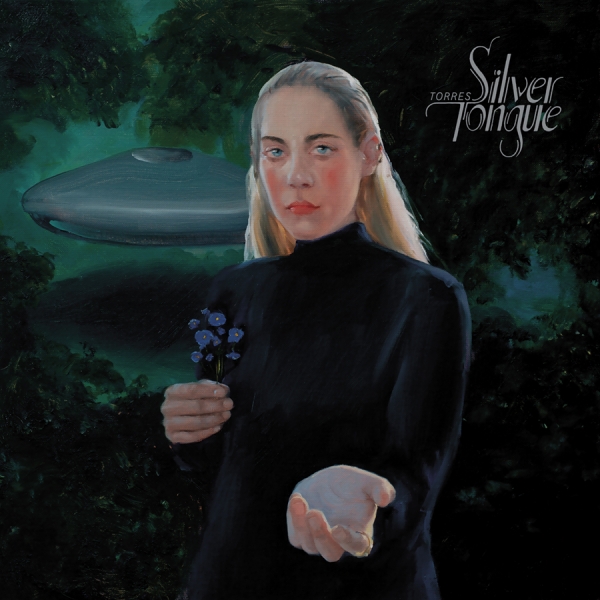 I once characterised Torres, having discovered her sophomore record Sprinter, as “Lana Del Rey, if Lana Del Rey had a shred of authenticity”. As poorly as that comment may have aged, I stand by the authenticity part.

Silver Tongue, the latest from Brooklyn singer-songwriter Mackenzie Scott, is a highly personal album exploring love’s toxicity and salve. Frank, open lyrics give the album a documentary feel, with Scott herself taking the reins on production, ensuring that it's nothing if not authentic.

She immediately looks to break shackles on opener “Good Scare”, as her usually intimate-scale indie gives way to something bigger, driving drums, strings and guitar providing a rolling sonic landscape. But the crux comes in “Last Forest”, which begins in impossibly minimal style, all glitchy white noise and off-kilter vocals. But the chorus is a jump-cut, to a different universe of grand, anthemic guitar. Then back, and back again. It’s jarring, and while each one in isolation is just fine, in its totality it feels like flicking between TV channels, never truly appreciating or understanding either one. Equally when trying to take “Two of Everything” up a notch, a hypnotising plea to a rival lover is punctured by a guitar that sounds like it’s been run through a speak ‘n’ spell, breaking your trance.

Although it sometimes struggles to change gears, there’s still much to love about Silver Tongue: the best moments of which come when Scott sticks just a little closer to home. Lead single “Dressing America” is pure indie euphoria, as her penchant for a bon mot matures into a knack for universal truth. The highlight is perhaps “Gracious Day”: a tender, pure love song comprised of just voice, guitar and the occasional cello stab. And the woman scorned crops up in two guises - once as a rock and roll firebrand on “Good Grief”, and again in a modern day re-imagining of an old Irish folk song, “Records of Your Tenderness”: alternately wistful and indignant. Her songwriting chops are still very much in evidence and, here at least, they combine with the new palate to provide a compelling and innovative soundscape.

This demonstration of versatility provides a hint of what could happen if the yin and yang find a little peace. As it is, on Silver Tongue, their occasional struggle leaves us with a worthy album with definite highlights, but some unfulfilled potential.