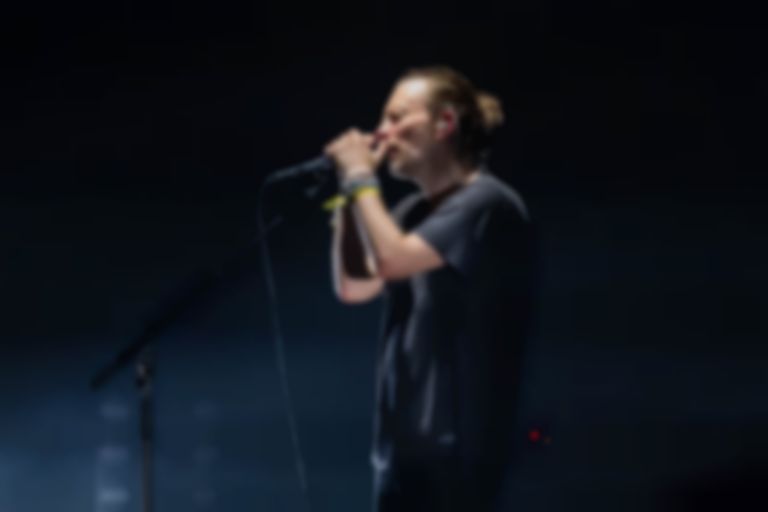 A Radiohead fan has shared his experience of meeting Thom Yorke and Jonny Greenwood at a synth shop in Austin, Texas.

After seeing the band perform at the weekend's Austin City Limits (ACL) festival Reddit user LetTheDeedShaw visited a vintage synth store - when the band showed up. What happened next was probably the most awesome thing that could've happened to a Radiohead fan with a penchant for modular synths.

So, we drove 10 hours to see Radiohead last night at ACL. Third time seeing them, and they were incredible as always. The other reason I was excited to visit Austin was to visit a synth shop called Switched On. I'm an avid modular synth builder/user and there's not a store like Switched On anywhere near where I live. It's a pretty niche hobby to say the least.

As I'm working on a patch on their demo wall, I look over my fiancé's shoulder and see what appears to be Johnny Greenwood jamming on an old ARP. I stand up, draw my fiancé toward me and say "that's Johnny Greenwood." As that sets in, I hear the stool I had been sitting on roll up to the case of modules. I turn around, and there's Thom Yorke, sitting six inches from me and messing around with a couple of modules.

I turn back around to my now-understanding fiancé and say (safely muffled by the numerous sick jams going on all around us), "and that's Thom Yorke right behind me."

As I'm saying that, I notice Clive Deamer, Portishead's drummer that's currently touring with them, checking out an old Korg.

We stay for a while and listen to the store clerk and Thom talk, playing it cool and just trying to soak up this incredible interaction. Thom walks away and I sit back down to keep testing modules. I was determined not to make this a fan moment, because I knew the most valuable thing I could give him was a normal moment in a synth shop.

I say under my breath to the clerk "this is crazy," and he just grins.

As I'm patching, I hear "what's that there?" from over my shoulder, and there Thom is, checking out what I was doing. We talked and patched for about an hour, joking about how esoteric and complicated some synth modules are. He was super interested in the Mutable Instruments Braids. I showed him a couple of my favorites and he said, "see, anything with a grid like that immediately gives me a headache. I'm just a singer, so I can do vocal effects and oscillators, but some of this is too much."

We looked at a very small dual sampler and he commented "see this is much too small; this one here is the sampler for people with really good glasses."

It was all like a dream. We jammed a little more. He was at least remotely interested in the music I was making. He bought an Intellijel Metropolis sequencer, and they loaded up Johnny's sequential circuits prophet into the back of a cab and left. I waved at them and they waved back.

That's about it. I feel like I'm both here and not here. It was really beautiful and validating seeing my absolute hero geeking out over the same convoluted hobby that I do. We didn't discuss who they were, we didn't discuss the show, and we didn't discuss how I was about to pass out from joy.

I didn't get a picture, since I've heard he's not crazy about them, but I thought if any community would appreciate this story it would be you, /r/Radiohead.

Side note: I bought some modules we both were using that he left behind, so I finally own some music gear used by Radiohead.

Into synths? Norway's Apothek recently wrote about their favs for us.