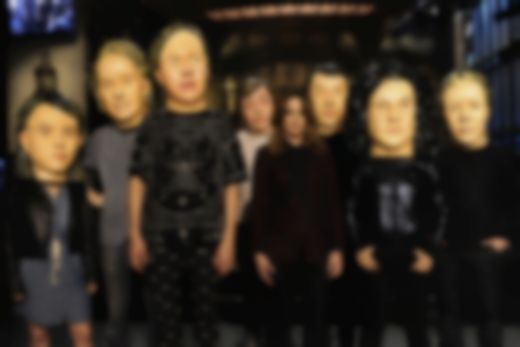 Arcade Fire may have recently described the fancy dress theme at their shows as “not super mandatory”, but it still must be annoying that someone’s gone and stolen one of their giant heads.

The Canadian group had been wearing the papier mâché masks as part of their Reflektor live show but now, as Brooklyn Vegan reports, the bobblehead belonging to band member Richard Parry has gone missing.

In a statement released online, the band say the mask was stolen and they know the culprit. They would, however, like said person to give the item back without police getting involved.

Read the full statement beneath:

Richy’s bobblehead mask was taken from our show in Bridgeport, CT. This mask is a one of a kind piece that is an essential component to our live show. We have photos of the theft but rather than press charges we would prefer if the person who took it would get in touch with us to return it. Perhaps this is all an innocent mistake and you meant to leave the venue with your own oversized paper mache rendition of Richard Parry’s head? Please contact: info@quest-management.com with any information.