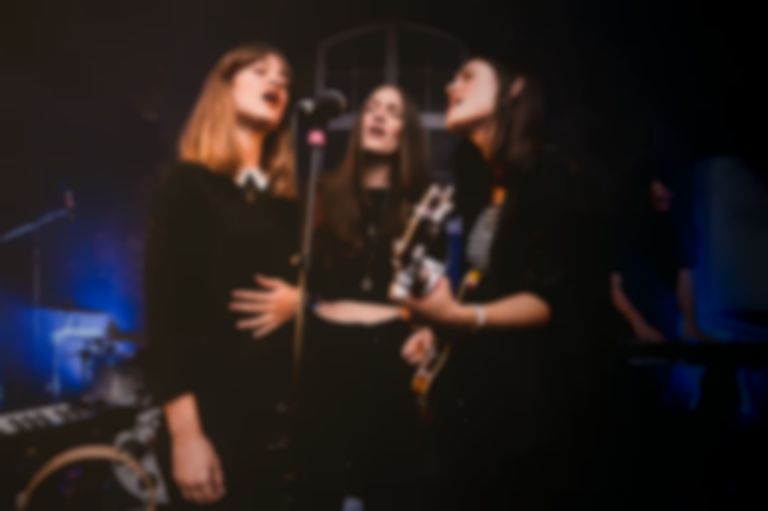 Watford folk sisters The Staves have revealed the next single from their upcoming Bon Iver-produced album If I Was.

"Black & White"'s video takes place in a tumultuous '70s Australian newsroom, with swaggering folk-rock in the background. The Staves themselves are in the studio, as make-up artist, weathergirl and production assistant, singing along as the main characters' marital issues erupt.

If I Was will be released 23 March via Atlantic.

Check out the clip for "Black & White" below. You can find their tour dates after the clip.