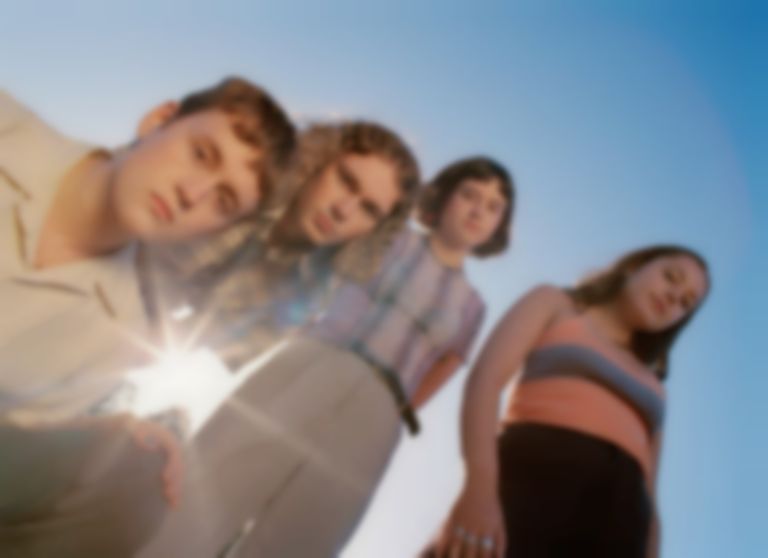 The Orielles have announced their second album Disco Volador, as well as sharing the lead single "Come Down On Jupiter".

"Come Down On Jupiter" is the opening track from their upcoming album, and marks their first new offering since last year's "Bobbi's Second World", which will also feature on their second record.

Vocalist and bassist Esmé Dee Hand-Halford says of the new single, ""Come Down On Jupiter "is as much a song as it is a narrative that soundtracks a space flight, right through from the ominous introductory sounds of the grand piano to the Lizzie Mercier Descloux -esque 'thrift shop cowboys' group chants towards the end, which diffuse the tension of the wig out preceding it."

The Orielles' Disco Volador album will follow on from their 2018 debut Silver Dollar Moment.

Esmé Dee Hand-Halford adds of the record, "Its literal interpretation from Spanish means flying disc but everyone experiences things differently. Disco Volador could be a frisbee, a UFO, an alien nightclub or how you feel when you fly; what happens to your body physically or that euphoric buzz from a great party. But it is an album of escape; if I went to space, I might not come back."

"Come Down On Jupiter" is out now. The Orielles' Disco Volador album lands 28 February 2020 via Heavenly, and is available to pre-order now. They play London's Electric Ballroom on 4 March 2020.