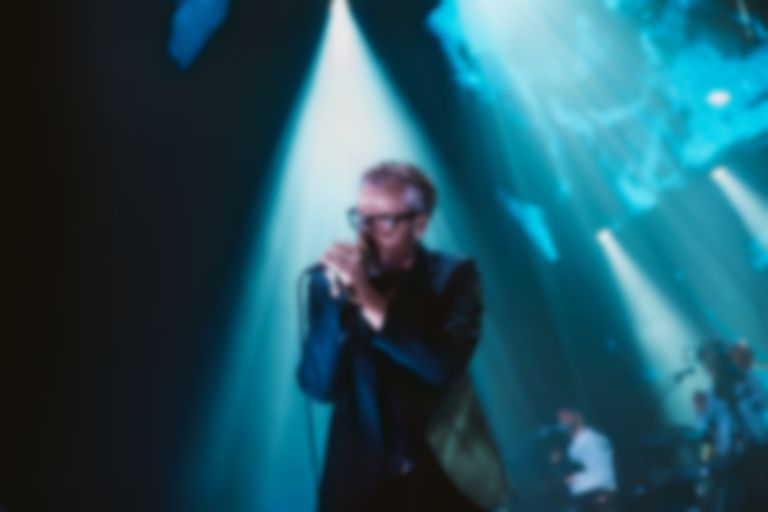 The National have revealed that they created a lot of music around I Am Easy To Find, some of which may be released at a later date.

Speaking to NME ahead of their I Am Easy To Find album landing on Friday (17 May), frontman Matt Berninger revealed that they had other material from the album sessions, "We gave that to Mike [Mills - director of I Am Easy To Find] too, but he chose the other stuff. We write lots of stuff. We were going to take a year off, then we were going to go back after a long break and go in and try to make a record in two weeks; a rock record, live, those kinds of songs."

Expanding on how I Am Easy To Find came together, Berningers added, "This started bubbling instead and we couldn’t not chase this thing. Musically, everyone was digging further into the things that they were into and they hadn’t run out of the hunt for these electronic things and different textures that were less live. We weren’t done with that, so it kind of felt good to go further. Aesthetically, Sleep Well Beast goes further in that direction in some ways. But there is a whole other thing that maybe we’ll get out of the freezer."

On Monday (13 May) The National revealed the 24-minute short film I Am Easy To Find that features music from The National's upcoming album.

Director Mike Mills describes the album and short film as "Playfully hostile siblings that love to steal from each other."

The National's album I Am Easy To Find arrives 17 May via 4AD. They play Hyde Park's British Summer Time on 13 July. Find out more.