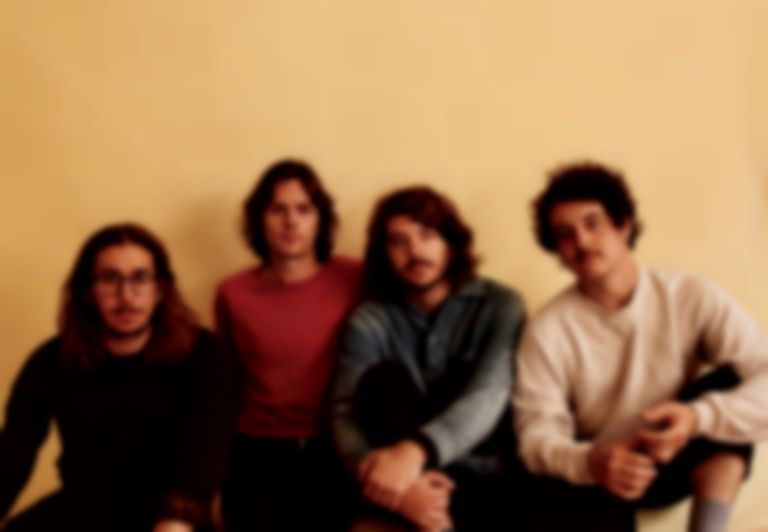 The Districts are back with fresh cut "Cheap Regrets", the second single to be lifted from their new record You Know I’m Not Going Anywhere.

"Cheap Regrets" follows on from lead single "Hey Jo" which landed in November 2019.

Singer and guitarist Rob Grote says of the new offering, ""Cheap Regrets" is some late capitalist nihilism channeled into a Districts dance party. It's about the extremes of American culture constantly reinforcing the self. The mirror reconfirms you. It's all iPhone, selfies, and mirrors. Sell yourself baby. The consumer gets consumed. I wanted people to dance together to a song about alienation to find some collective transcendence in that."

You Know I’m Not Going Anywhere will follow on from their 2017 LP Popular Manipulations.

Discussing their forthcoming record in more detail, Grote explains, "This album was written as an escape and as reassurance. I was falling in love with someone new and trying to juggle this desperate desire to escape with the need to show up in my life. It’s pretty damn hard to be present and completely checked out all at once. It felt like much of my world had reached such a pitch that all I could do was try to tune it out. I felt really uncertain about the future of the band and super detached from much of what I used to identify with, on a personal level and with our music. I was thinking, ‘Do I want to keep doing music?’ ‘Do I want to keep doing it in this context?’"

Grote adds, "Originally, I had no intention of them even being a record. It was strictly a process of trying to connect to something outside of and larger than myself - kind of this rocky imbalance of isolating myself while trying to maintain connections as time rushed on. There was a lot of back and forth between working as a group and not feeling capable of doing that. I ended up taking these recordings super far along, whereas normally I would almost compulsively share them with my bandmates as soon as I had an idea. This time I was sitting on them and putting work into them in a way that I hadn’t known I enjoyed doing."

"Cheap Regrets" is out now. The Districts' You Know I'm Not Going Anywhere album arrives 13 March via Fat Possum. They play a sold-out show for The Line Of Best Fit's Five Day Forecast at The Lexington in London on Friday (17 January). Find out more.