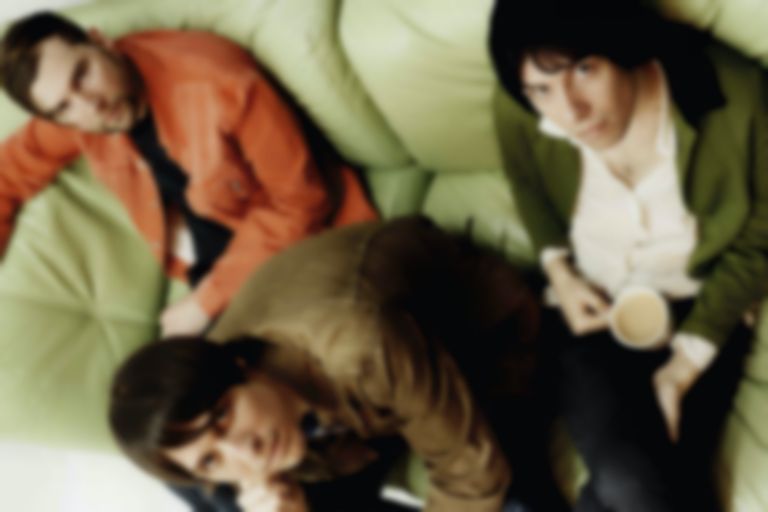 The Cribs are back with news of their Sonic Blew Singles Club, and have launched it with a new track titled "Swinging At Shadows".

"Swinging At Shadows" is the first release from The Cribs' new Singles Club, which will run every month until the end of 2021.

Gary Jarman said of the new song, ""Swinging At Shadows" was recorded in LA during the Night Network sessions, and was earmarked as an early single from that album - but in the end we decided to hold it back. It seemed like an obvious choice for the first single from the Singles Club as it’s a big summery pop song - super fun and upbeat, with some throwback ‘woah-oh’s’ in the chorus…"

Subscribers will receive four two-track 7" vinyl from September-December. The a-side of each 7" will feature a previously unheard song from their Night Network album sessions, while the b-sides will include a home recording from lockdown. The first 7" single willl featuure "Swinging At Shadows" on the a-side, and "Taken To Tualatin" on the b-side.

Speaking about the b-side, Jarman continued, ""Taken To Tualatin" was written during the dark days of the first lockdown, whilst the Oregon wildfires were raging and blocking out the sun. It’s one of the most personal songs I have ever written. Janet Weiss (Sleater-Kinney/Quasi) joined me on backing vocals - it’s an honour to have her involved - not only is Janet one of my closest friends, she also has one of my favourite singing voices in the world, and writes amazing harmonies."

Jarman added of their new Singles Club, "Basically, after three years away from the road we just ended up with SO many songs built up in the vaults that we wanted to try doing something different and interesting with them! We had a bunch of extra tracks from the Night Network sessions which we finished and mixed over lockdown…and then the extra downtime led to us coming up with several new songs also. Of course we could have just put them all to one side and held them back for a new album or whatever, but that doesn’t seem like much fun...Back in the day, we were always a band that were known for our B-sides - a concept that is pretty much irrelevant nowadays…we know that the fans miss this, so setting up the Sonic Blew Singles Club seemed like the ideal solution - we get to clear the vaults, and people get a guaranteed new single plus B-side every month."