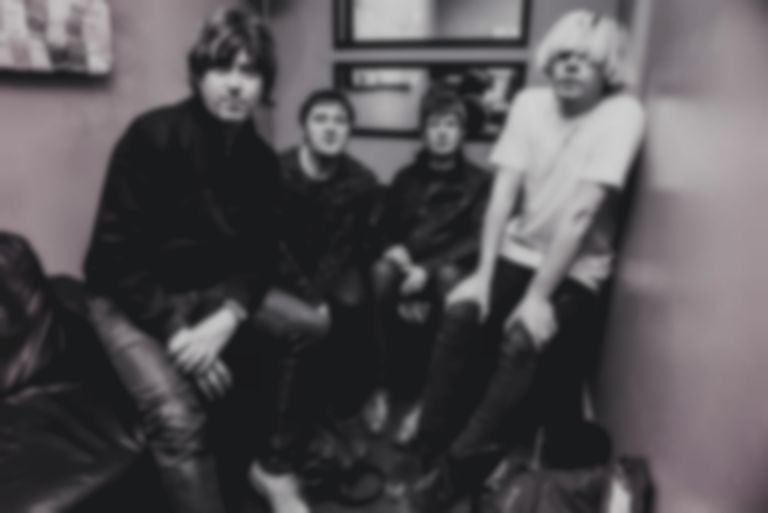 With almost thirty years under their belts, the great indie survivors The Charlatans still sound as vital and invigorated now as they did in their nineties heyday.

At a special launch party for their 13th studio album Different Days (out tomorrow, May 26), the band treated a small East London audience to a whirlwind greatest hits set - taking in fan favourites "One To Another", "Weirdo" and "Just When You're Thinkin' Things Over" and throwing in the odd deep cut (1991's non-album single "Over Rising") for good measure. A handful of Different Days tracks were also aired, including "Plastic Machinery" - the album's lead single and focus for Sleaford Mod's industrial take, which is premiering below.

The Charlatans' frontman Tim Burgess says of the remix: "Within five minutes of hearing Sleaford Mods a couple of years ago, I was messaging them asking if they would come and play at a festival where I had a stage. They played and blew everyone away. I kept thinking as we made the album that I'd love to hear a remix. It's everything I was hoping for and more."

To celebrate the release of Different Days, the band will hosting a series of pop-up events throughout Manchester's Oldham Street on Friday May 26. Check out the band's website for full info.

Buy Different Days, which features a host of collaborations from the likes of Paul Weller, Johnny Marr and Stephen Morris, here.