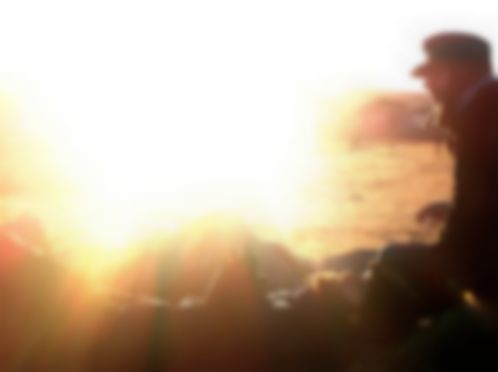 Sometimes a track can be so-so, but it will have a video that is so very well-made, or with such a great concept behind it, that its ready salted-ness is raised to at least cheese and onion standard. Alternatively, there are also many really great songs with disappointing videos. To be fair, if it’s not the kind of track that is going to be on The Box, then it doesn’t really matter if it isn’t eye candy, but in the same way, it is refreshingly wonderful when a song – which is unlikely to feature in a countdown of Viva’s hottest summer jamz, or flanked on either side by David Guetta – still has a properly good video.

‘Change The Shape’ by Nebraskan-French, Carry-On named electro duo The Berg Sans Nipple could have had a video that consisted entirely of Piers Morgan licking stamps – it still would have been a great track. The fact that it doesn’t – and that the video is uniquely delightful and clever just makes the song sound even better.

In an appropriately playful approach for a track which is replete with giddy yelps and dreamy chimes, the video is made up of 15-second bites, all made by different French filmmakers, musicians, visual artists and graphic designers. With each artist given only two days to create their 15-second section, there are an impressive variety of methods and themes, the whole thing moving with a breathless kind of energy and with childlike fantasy a common theme.

The track itself – from album Build With Erosion, which will be released on August 1 via Blackmaps – was itself forged in a similar kind of I’ll-draw-the-monster’s-head-you-draw-the-body kind of way, with Nebraskan Shane Aspegren and French Lori Sean Berg sending ideas across the sea. This method resulted in a slow music-making process, but one which Aspegren says was full of energy: “because of all the uncertainty and anticipation about what was going to happen.”

Like a series of snapshots from different people’s dreams (albeit all jellybean-fueled ones), the video is strange but not uninviting, and similarly the track is hectic but by no means impenetrable. Both will take multiple watches/listens to appreciate fully – but I doubt that would be much of a pain for anyone.

It’s a close contest – unicorns and men dressed like wolves scaring/delighting children are difficult to beat – but for me the highlight of the video comes with the coolest fire-haired child ever teaching Beyonce a thing or two about dancing.