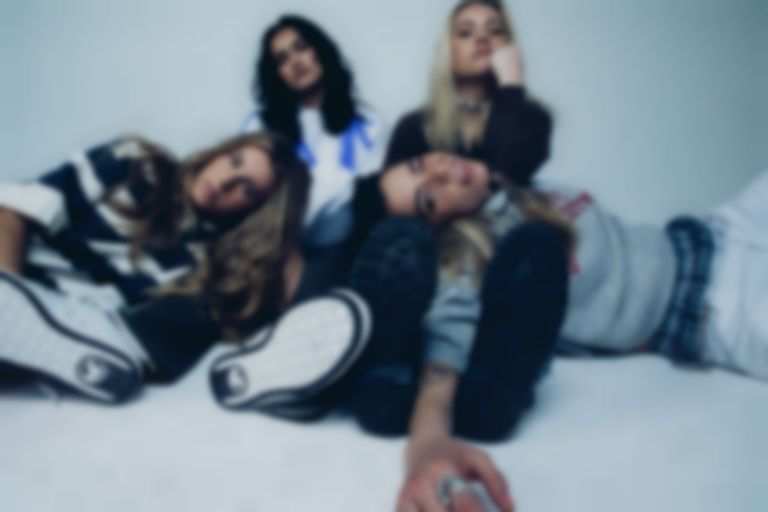 The Aces have shared new song "Kelly" from their forthcoming second album Under My Influence to mark the start of Pride Month.

"Kelly" is the fourth single to be lifted from Under My Influence, after previous releases "My Phone is Trying to Kill Me", "Lost Angeles" and "Daydream".

On Twitter, The Aces wrote of the song, "It's been challenging to know what to post right now, while in the midst of an album release, because we really have just wanted our platform (particularly in the past week) to be advocating for and pointing all attention to the fight against racial injustice in our country."

They add, "The song that we released today is an openly queer love song and it feels so important to us, especially because June is Pride Month. It is also the first time we have openly expressed in our MUSIC the diversity in sexuality within our band."

Some of our thoughts right now. Happy Pride Month and we hope you guys love “Kelly” read our interview here: https://t.co/nvaplEBOpv pic.twitter.com/x49blanHNE

Under My Influence will follow on from The Aces' 2018 debut album When My Heart Felt Volcanic.

The Aces say of their new album, "When we set out to write Under My Influence, we didn’t know exactly what would come out. All we knew was there was one rule. If you felt too vulnerable, if it scared you, then you had to keep going. Every time we wrote a song, that was our mentality. We knew we wanted to come back with an album that left everybody feeling like The Aces would never make the same thing twice. These songs are truly the stories of our lives. Under My Influence means so many things to us, but above all, it means unapologetically becoming who you are."

"Kelly" is out now. The Aces' Under My Influence album arrives 12 June via Red Bull Records.