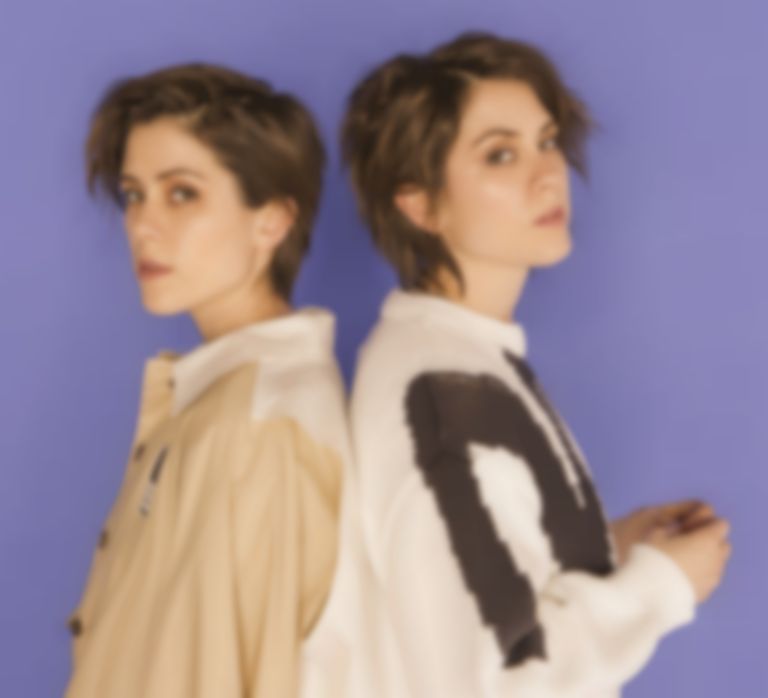 Tegan and Sara have shared their new single "Don’t Believe The Things They Tell You (They Lie)" lifted from their forthcoming record Hey, I'm Just Like You.

"Don’t Believe The Things They Tell You (They Lie)" is the third track to be shared from Tegan and Sara's new record, after the album title-track and July's "I’ll Be Back Someday".

Speaking about the new offering, Sara explains, "Our mother tells a story about watching the 1980s television show Punky Brewster with us when we were four years old. The episode’s morality tale focused on lying, and near the end of the show, she describes one of us climbing onto her back, sobbing into her neck and confessing a lie we’d told her earlier in the day. At 15, we started telling lies again, and we absolved ourselves constantly in the lyrics of our songs."

Discussing their new record, Tegan and Sara explain, "Last year while writing our new memoir, we came across two cassette tapes with dozens of songs we wrote in high school. Defiant and melodramatic, the songs captured the exultation and grief of first loves, first losses, ecstatic kiss-offs, and psychedelic tributes to the friendships we had as teenagers. It had been over twenty years since we had heard the songs and quite honestly, we both expected to listen once, cringe, and bury them for another couple decades. But they were good. Like, really good. They were raw, and in some cases the lyrics were hard to decipher. But the melodies, the honesty in the words, and the joy listening to them after all these years was undeniable. We decided immediately that those songs were the demos we’d use to build the new Tegan and Sara record.

"Don't Believe The Things They Tell You (They Lie)" is out now. Hey, I'm Just Like You will arrive 27 September. Tegan and Sara's High School memoir lands 24 September, and is available to pre-order now.