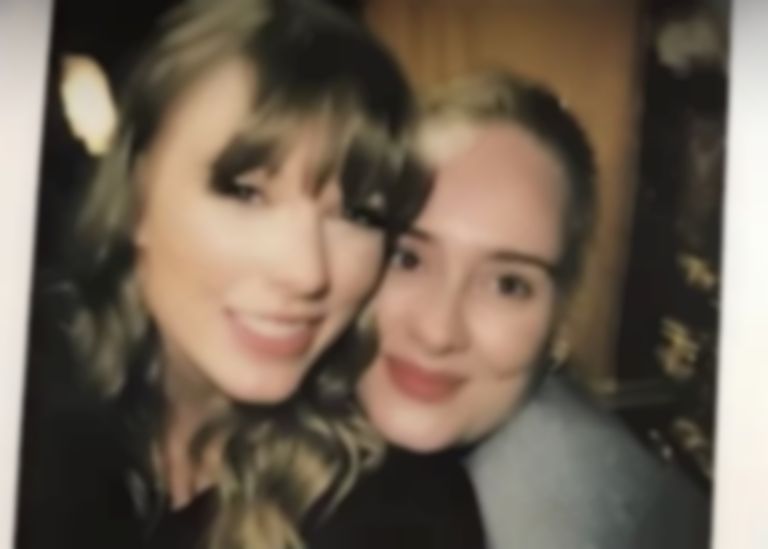 Yesterday (30 September) Taylor Swift brought forward her Red (Taylor's Version) album release date by one week, and fans are convinced that she moved it so it wouldn't clash with Adele's new album.

Red (Taylor's Version) was originally due to arrive on 19 November, but Swift moved the release date forward by one week to 12 November yesterday (30 September), leading fans to think Adele might be releasing her follow-up to 2015's 25 album on 19 November.

TAYLOR IS MOVING RED (TV) CAUSE ADELE IS GONNA DROP THE 19th! THAT MEANS TAYLOR AND ADELE MUST HAVE TALKED SO THAT ADELE COULD TELL TAYLOR HER RELEASE DATE AND TAYLOR COULD HAVE TIME TO MOVE IT! TAYDELE IS ALIVE AND WELL!!! BOTH MY QUEENS GOING #1 A WEEK APART!!! pic.twitter.com/ihiXRv68z8

My team has acquired photographs of Adele and Taylor Swift on the phone yesterday morning, rumour has it that Adele told Taylor her album release date. pic.twitter.com/fHqlH679Rp

Taylor Swift's Red (Taylor's Version) album will now arrive on 12 November, and is available to pre-order now. Adele is yet to announce a new album.