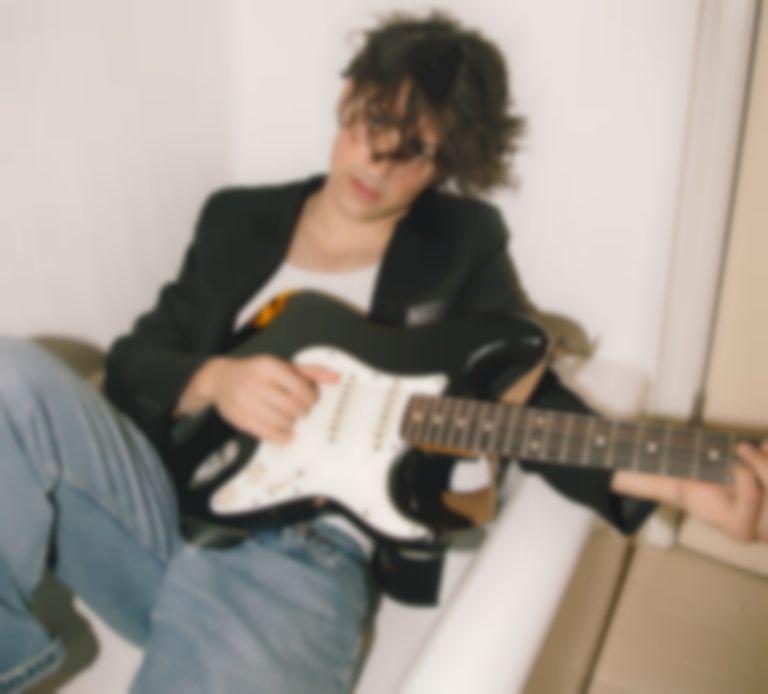 Cianci has revealed the visuals for his "Goodnight, and Happy Birthday!" single that landed back in January.

The new video, directed by Dillon Moore and shot on 16mm, stars Maya Hawke, who most recently starred as Robin in season three of Stranger Things, Camrus Johnson (The OA, Luke Cage, Batwoman), and singer/songwriter Samia.

Cianci says of the new single and video, "We wanted to make something loosely inspired by the morbid imagery in the song, but ultimately told its own story. Although the lyrics depict a birthday party, all of the action is dramatized inside the narrator’s anxiety-ridden head. We loved the idea of a protagonist whose obsessions and fears materialize before their eyes, and, not only proves unfazed by them, but is intrigued by their deeper meaning. The whole video was shot in one long day on a Bolex Super 16 camera. I’d never made a music video before, let alone one on film. I got giddy every time I heard the tape roll."

Speaking about getting Hawke and co on board, Cianci explains, "Maya, SAMIA, and Camrus are good friends of mine who I've met through the music/acting scene in NYC. I just called them up one day and told them I was making a video and they agreed before I even told them the concept!"

In April Cianci shared his most recent single, "The Night We Crashed Your Dad's Car".

Nick Cianci's new video for "Goodnight, and Happy Birthday!" is out now.