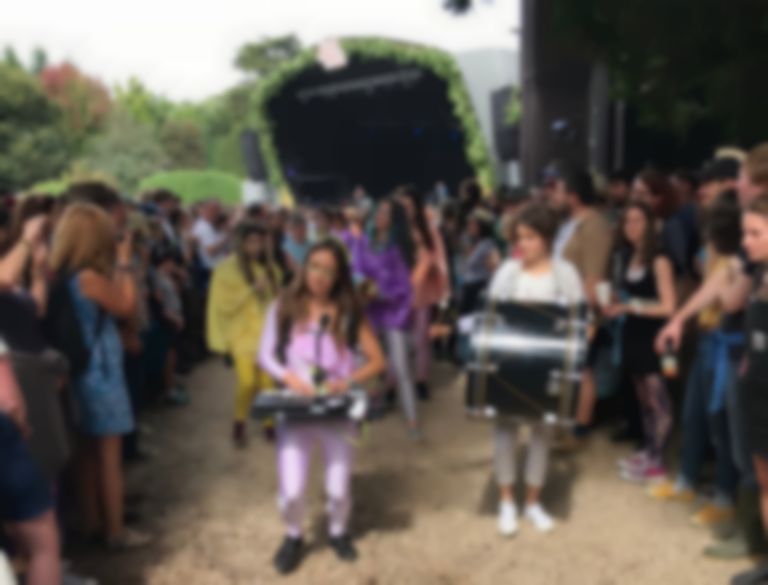 Created by the experimental folk-pop crew as a reponse to the centenary of the Suffragette Movement, the tribute is inspired and influenced by female empowerment, equality, and women everywhere. Stealing Sheep concocted the tribute in partnership with Manchester-based music charity Brighter Sound and Edge Hill University, and melt cacophonous samba rhythms (there's a 15-strong, all-female percussion section) with fluid movements and strange and wiry threads of electronica. It's a rapturous and thought-provoking set from that collective that breaks the boundaries of a traditional festival performance.

End of the Road continues on Saturday 1 September with headline sets from Vampire Weekend and Oh Sees.