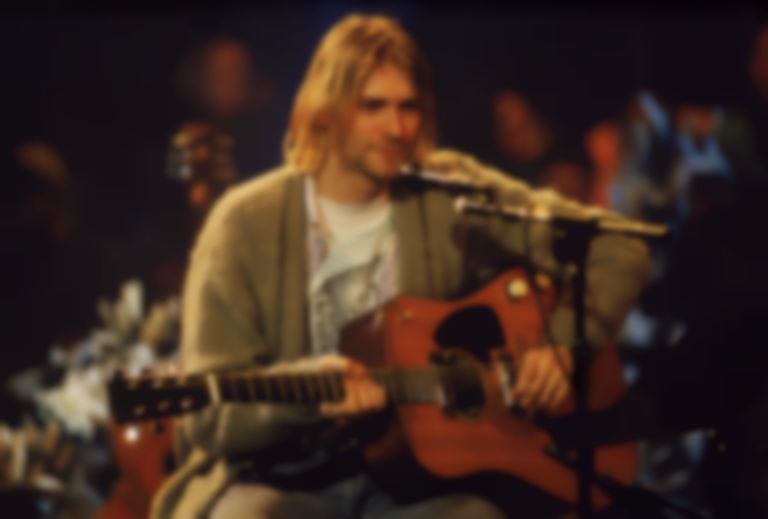 An old cardigan worn by Kurt Cobain during his last photoshoot with Nirvana has sold at auction for a staggering $75,000.

The cardigan was used by Cobain during their In Utero photo session back in 1993. Rolling Stone reports that the cardigan more than doubled it's pre-auction estimate, which was between $10,000 and $20,000.

Offering a description of the item, Julien's Auctions said, "The shoot was meant to take place in Central Park in New York City, but due to Cobain being sick just hours before, the shoot was relocated to the basement of the hotel where the band was staying. Cobain showed up three hours late to the shoot and immediately asked for a bucket due to his nausea."

SOLD for $75,000! A cardigan worn by #KurtCobain in his last photoshoot with #Nirvana taken in the summer of 1993 with photographer Jesse Frohman. SOLD TODAY in our “Music Icons” #memorabilia #auction @HardRockCafeNYC and online at https://t.co/TiME89MqlX! https://t.co/ahsXX3qbxg pic.twitter.com/mZmHg7wtig

Four years ago the green cardigan Cobain wore during Nirvana's MTV Unplugged gig in 1994 sold for $137,000 at auction.

The auction also saw a paper plate used by Cobain to eat and write a setlist fetch over 10 times its estimate, selling for $22,000. Describing the item, the auction said, "Cobain had eaten some pizza before the show and proceeded to write the set list on the plate he had been eating his pizza on."

Julien’s Auctions’ Music Icons event over the weekend also sold a guitar used by Prince, handwritten lyrics to Bob Dylan's "Blowin' in the Wind", and more.