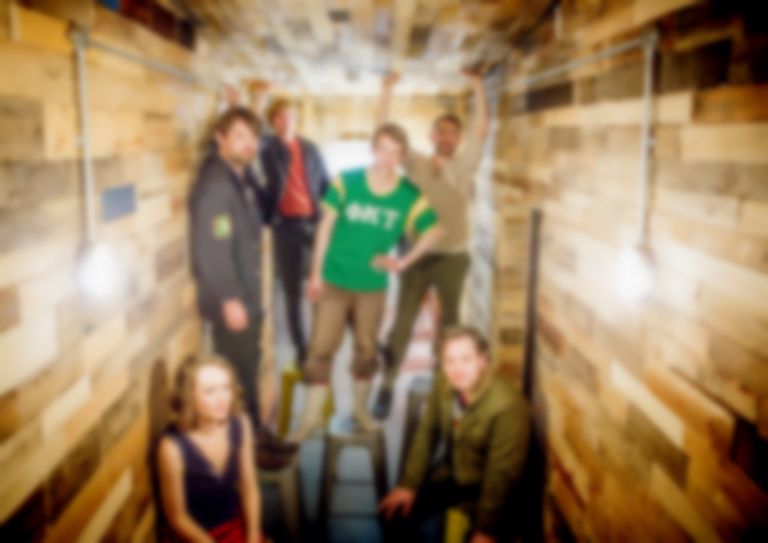 Sea Power (fka British Sea Power) have unveiled new song "Folly" as the second preview of their forthcoming album Everything Was Forever.

"Folly" is the second track to be lifted from Sea Power's follow-up to 2017's Let the Dancers Inherit the Party, following August's lead outing "Two Fingers".

Guitarist Martin Noble says of the release, ""Folly" is in the tradition of singalong Sea Power apocalyptic anthems – everyone ambling down the road to a multitude of catastrophes. Party on! You might find yourself standing up on the South Downs, up on the fells or the dales, looking down at the world, a world where we seem to avoid the decisions and changes to stop the rot. It’s all folly, but in this case set to some pretty life-affirming music – good stuff underpinning the donut vibes and maybe making you think it’s not all over, not quite, not yet."

Neil Hamilton Wilkinson adds, "I was thinking of things like greedy overlords playing fart games on the lawns of their great dominions, the enclosure of common lands, bodies, minds, the fantastical gusto of doom and frivolity that feeds the world, me included. I was feeling all on edge, paranoid like the old vampire in Nosferatu when I got into this song."

Everything Was Forever will be group's first album since changing their name. A press release states that the name change is a "modest gesture of separation from the wave of crass nationalism that has traversed our world recently".

"Folly" is out now. Sea Power's Everything Was Forever album will be released 11 February 2022, and is available to pre-order now.