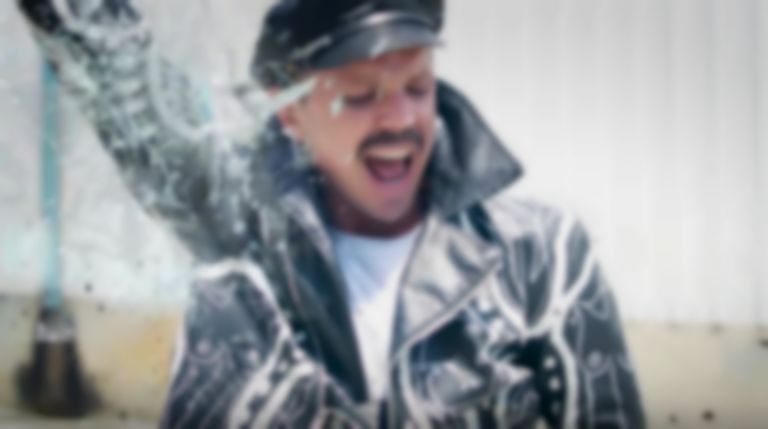 "Big Bushy Mustache" is the second single to be shared from his forthcoming, self-titled debut album, following "Sad Song Backwards".

Shears' vocal range is still impeccable, and alongside the big, funky track there's playful visuals that even features a cameo of Josh Homme from Queens Of The Stone Age with a big, fake mustache.

Directed by Mac Boucher, the video features a variety of guys going about their reality without mustaches, but by the end of the video they all sport their mustaches, and are pretty happy about it.

"Big Bushy Mustache" is the second offering from Shears since his 2017 single "Creep City". Alongside "Creep City" he released a statement about his return, "I’ve not put out much out the last five years, (musically that is) other than a collaboration here or there. The thing is, I’ve been working this whole time. But I promised myself that I would only put something out if it was really good. I mean REALLY good. There were a few years that I didn’t quite know what I wanted to say, unsure of direction, but I had faith if I kept at it, all would be revealed."

Scissor Sisters' last release was their 2012 Magic Hour album, which featured collaborations from Calvin Harris, Diplo, Azealia Banks and Pharrell Williams. It was their last release before the group's hiatus.

Speaking to Rolling Stone earlier this year, Shears explained, “There’s a lot at stake for me on this, I’m putting this record out myself. It’s a very expensive record, and the whole thing is out of my pocket – which is terrifying.”