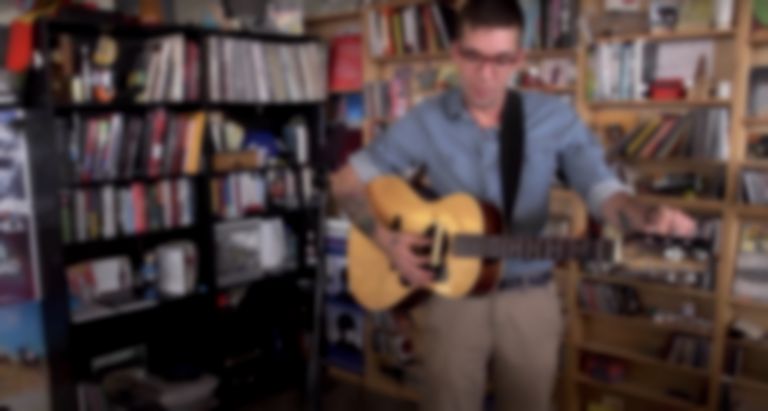 The news of Justin Townes Earle's passing was revealed via his official Facebook page last night (23 August). The post reads, "It is with tremendous sadness that we inform you of the passing of our son, husband, father and friend Justin. So many of you have relied on his music and lyrics over the years and we hope that his music will continue to guide you on your journeys. You will be missed dearly Justin."

Justin Townes Earle's cause of death is yet to be revealed.

The musician and son of Steve Earle was named after Townes Van Zandt. His most recent album, The Saint of Lost Causes, was released last year.

Musicians including Samantha Crain and Margo Price have paid tribute to the late singer/songwriter on socials.

My friend, Justin Townes Earle, has passed away. Such a tremendous songwriter...he took me on 2 tours and always treated me so kindly....he understood struggle, he understood joy...I saw him at the peaks and valleys of both through the 13 years I knew him...we will miss you JT pic.twitter.com/rq74Qu3Hif

sending love and condolences to Steve Earle and the entire family of Justin Townes Earle... he was always kind to me and he’s gone too soon

Rest In Peace, Justin Townes Earle. Only played a handful of shows with him, but his performances were always so inspiring.

It appears that Justin Townes Earle has died. I hope it's a hoax but fear it is not. What a loss.

Good night, Justin Townes Earle. I opened for you once in Portland and then watched your whole show side stage, totally amazed. You were real.

I'm saddened to hear that we have lost Justin Townes Earle and at such a young age. I worked with him last year and found him to be a brilliant songwriter and generous soul. My thoughts go out to his family and friends.