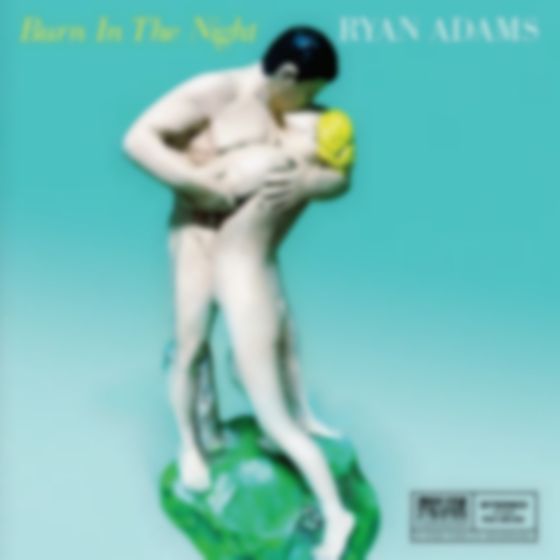 Adams, deciding to put the record in to some kind of context, scribbled the following all over the Pax-Am website (where you can pre-order the vinyl ready for shipping around 23 June).

Los Angeles… ugh…WHAT ARE YOU?!? That is how this single feels to me.

Three tracks from the hot summer nights — greenish smoke billowing out from the upstairs office door of the PaxAm office, just next to the live room.
Burn In The Night is me ruminating on an old NYC love lost- and how funny it is to get older and sort of put some of that behind you- but never really getting as far behind you as you’d like. I always felt like that song was really special but it never fit anywhere. Thank goodness we make these singles.
Marshall on the drums, me on the guitar and everything else.
COP CITY- another song about the last weekend of every month in LA when all the police are out giving tickets and ALL I WANNA DO IS GET TO MY PINBALL SPOT. This was one of the jams me and Mike V made on the never-to be-released ALIEN USA album experiment with Jeremy Stacey on drums and us going for the “big sound.” We found it later but here and there a few really cool tracks stood out. This one especially feels so good. Its traffic and being at the end of your rope.
LOOK IN THE MIRROR is me on everything and a song that I recorded too late to go on the 1984 record. Hey but NOT TO WORRY… soon you’ll have 1985 and 1986…. and who knows what else.
With Love,
From the early summer tour 2015
DRA
The Windsor Hotel

To find out more/pre-order visit here.