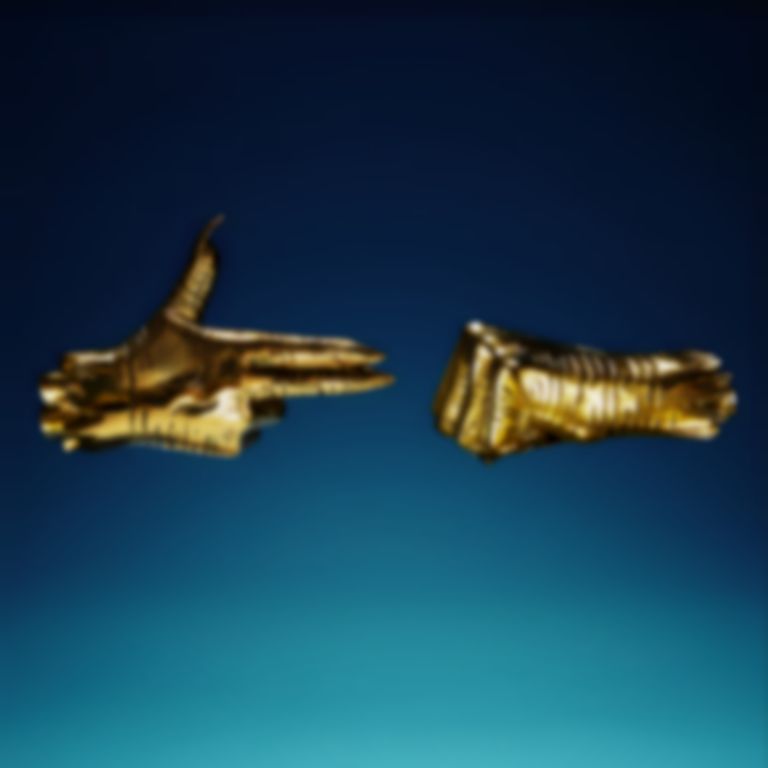 Run The Jewels have detailed their long-awaited new record RTJ3 and shared new single "Legend Has It".

We've already heard a couple of tracks from the follow up to the hip-hop powerhouses' 2014 album - including Boots team up "2100" and the explosive "Talk To Me".

El-P and Killer Mike have also shared a new trailer teasing the release.

"Holy Shit. We can’t believe we get to finally write this to you… RTJ3 IS READY!!!!" write Run The Jewels on their website. "After a straight year of work the next chapter in this madness is done. We’ll spare you too much talk but we will say this: thank you so much for making RUN THE JEWELS the most amazing experience either of us have had in our careers. We hope you feel the love and time we put in to this record and can’t wait to share it with you and see you out on the road. Whether you buy it, download it for free, steal it from your annoying cousin or hear it at a show, just know that we are eternally grateful for the love you’ve shown us. Thank you thank you thank you."

Run The Jewels collaborator Timothy Saccenti explains the ideas behind the artwork in a new statement: "For us, the RTJ1 hands were about 'taking what’s yours' - your world, your life, your attitude. The RTJ2 hands were wrapped in bandages, signifying injury and healing, which for us represented the growth in ideas and tone of that album. For RTJ3 the bandages are off, the chain is gone and the hands have been transformed into gold. For us this represents the idea that there is nothing to take that exists outside of yourself. You are the jewel."

Although they've not released a record in two years Killer Mike and El-P have definitely been busy. Last year they released a reworked version of Run The Jewels 2 made entirely of cat sounds.

RTJ3 is released 20 January as a free download (physical editions will be self-released in partnership with RED Distribution). Find out more.