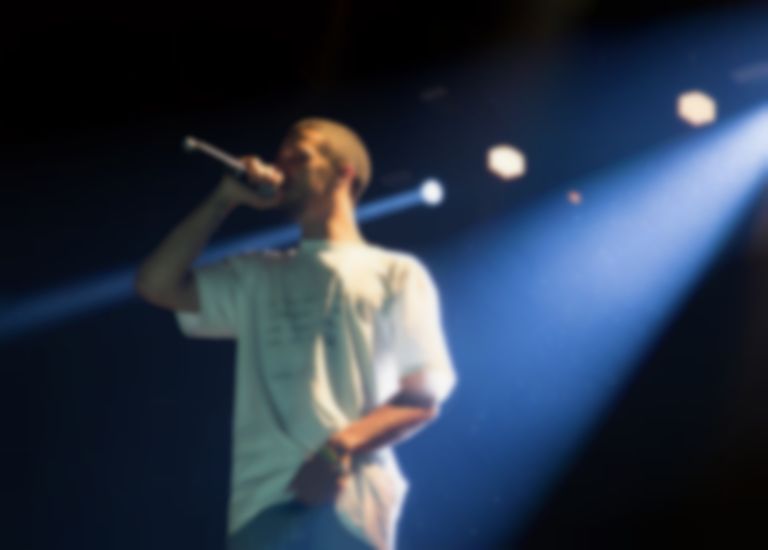 Backed by a killer keyboardist and a nimble drummer, the Portuguese rapper performed for a standing-room only arena to kick off Saturday at Super Bock Super Rock. Slick licks and lightning lyrics abound, Super J cut the lights halfway through his set to see his full-throttle crowd before bringing out Richie Campbell for a rousing soulful performance of "Water".

“I’m just thankful for the opportunity because I’ve never done a stage this big,” Slow J told us backstage after his set, which was his third appearance at Super Bock Super Rock, but his first time in the arena. He wasn't alone: Along with Campbell, the prolific producer brought out a bevy of guests including Papillon, Plutonium, and Carlão. “Those are all my friends – all of these guys are guys I work in the studio, guys that I’m a really big fan of.