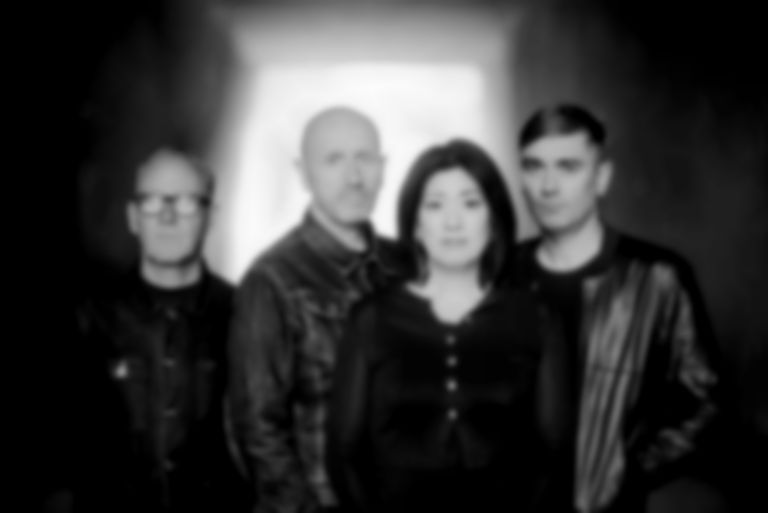 Piroshka, a supergroup made up of members from Lush, Elastica, Moose and Modern English, have announced their debut album with first single "Everlastingly Yours".

In September, Miki Berenyi of Lush revealed her new supergroup Piroshka, made up of Moose's KJ McKillop, Justin Welch of Elastica, and Mick Conroy of Modern English.

"Everlastingly Yours" is the first single to be shared from their newly-announced debut album Brickbat, produced by Paul Gregory of Bella Union.

Piroshka was born out of Conroy stepping in last minute at the final Lush gig in Manchester when their former bassist Phil King pulled out. Conroy explains, “I’d seen Lush so many times, it was like playing with old friends. Miki agreed it was good fun too. And with Moose available we thought, let’s all have a bash, see what happens.”

Berenyi adds, "After the Manchester show, Justin asked if I’d be up for something else. But I’d never made music outside of Lush, and I’ve never wanted to do anything solo."

The group's name is inspired by the Hungarian version of Little Red Riding Hood.

"Everlastingly Yours" is out now. Brickbat lands on 15 February via Bella Union. Piroshka play London's The Lexington on 27 November, and return to London's Oslo on 4 April 2019. Find out more.