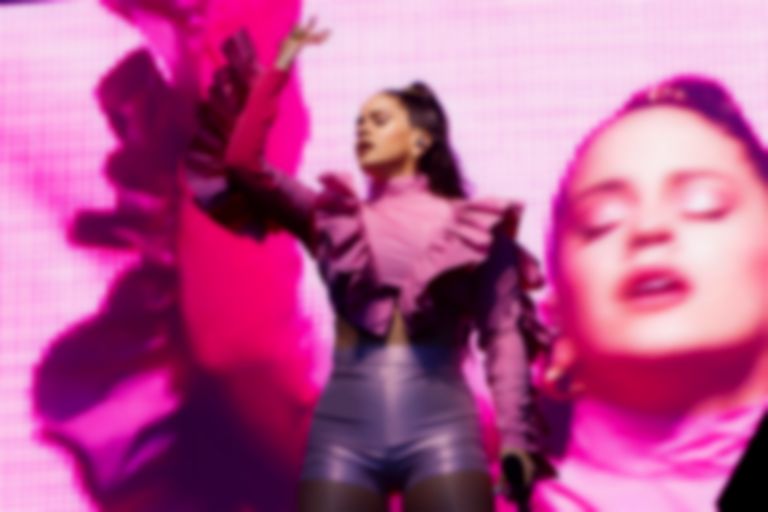 Pharrell spoke about Rosalía's forthcoming album on a new episode of the OTHERtone podcast, and said that he's "honoured to be a part of it".

Yesterday (7 December) Pharrell, Scott and Fam-Lay shared two new episodes of their OTHERtone podcast, one featuring Euphoria's Zendaya, and the other featuring a discussion with Rosalía.

On the episode with Rosalía, Pharrell discusses her follow up to 2018's El Mal Querer, "When we first sat down to go back in [the studio] - because this was like our second session, since like what? Two years ago maybe? Two or three, was it two? Two-and-a-half years ago - when we first sat down she was just talking to me about the music before she even played it or whatever, I was like 'yo what's the title?'. She looked at me and she said it and I just looked down and I was like 'this is crazy'."

Pharrell continues, "The fact that this girl understands herself that much and understands what this is going to do to people, and then when you hear the music and it absolutely lives up to it, it's like, again I was just honoured to be a part of it, just honoured."

“When she told me the album title, I just looked down and was like ‘this is crazy’ - this girl understands herself so much...I’m honored to be a part of it.” pic.twitter.com/n1dtBVdV45