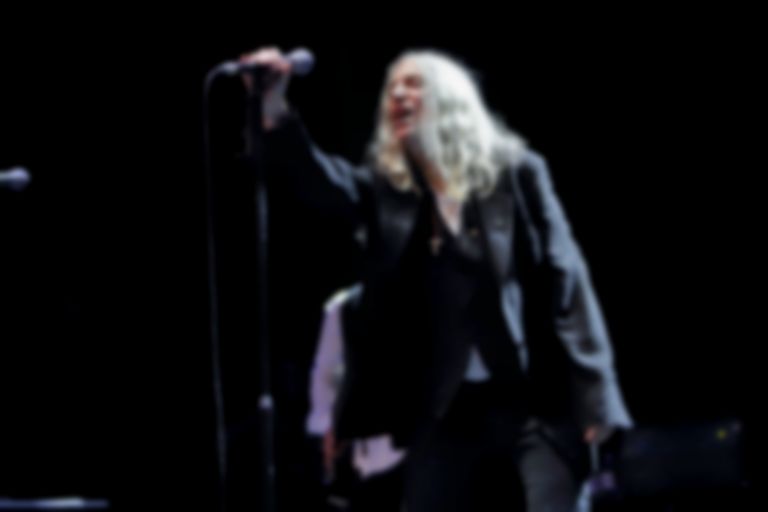 Punk icon Patti Smith has written a new essay for The New Yorker about her recent performance at the Nobel Prize ceremony.

Bob Dylan was this year awarded the Nobel Prize for Literature, but declined to attend this past weekend's ceremony citing a scheduling clash.

Smith says she was booked to perform prior to Dylan being announced as a Nobel laureate, and decided to change her performance to suit the occasion - from one of her own tracks to one of Dylan's.

Smith played a cover of “A Hard Rain’s A-Gonna Fall” at the ceremony - it didn't go exactly to plan, but it was a captivating display nonetheless.

Today, in a new piece for The New Yorker, Smith writes about the performance:

"The opening chords of the song were introduced, and I heard myself singing. The first verse was passable, a bit shaky, but I was certain I would settle. But instead I was struck with a plethora of emotions, avalanching with such intensity that I was unable to negotiate them. From the corner of my eye, I could see the the huge boom stand of the television camera, and all the dignitaries upon the stage and the people beyond. Unaccustomed to such an overwhelming case of nerves, I was unable to continue. I hadn’t forgotten the words that were now a part of me. I was simply unable to draw them out.

"This strange phenomenon did not diminish or pass but stayed cruelly with me. I was obliged to stop and ask pardon and then attempt again while in this state and sang with all my being, yet still stumbling. It was not lost on me that the narrative of the song begins with the words 'I stumbled alongside of twelve misty mountains', and ends with the line 'And I’ll know my song well before I start singing'. As I took my seat, I felt the humiliating sting of failure, but also the strange realization that I had somehow entered and truly lived the world of the lyrics.

"Later, at the Nobel banquet, I sat across from the American Ambassador - a beautiful, articulate Iranian-American. She had the task of reading a letter from Dylan before the banquet’s conclusion. She read flawlessly, and I could not help thinking that he had two strong women in his corner. One who faltered and one who did not, yet both had nothing in mind but to serve his work well."

Smith also discusses her childhood and turning 70 in the essay.

Read the full piece on The New Yorker.