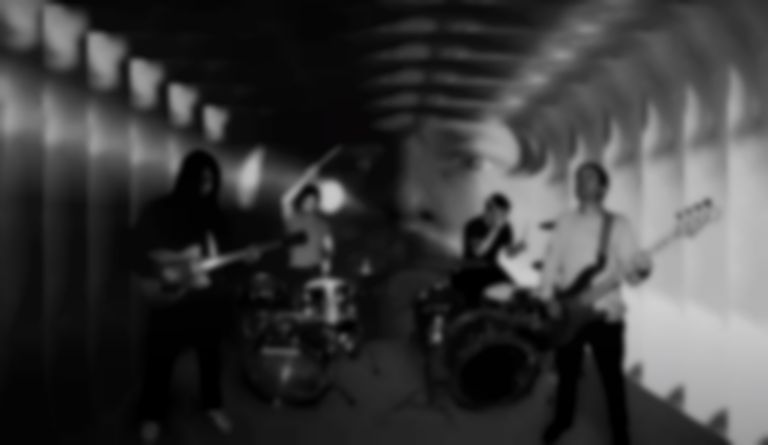 Osees are back with news of their upcoming album A Foul Form, and have shared the lead single "Funeral Solution" to accompany the announcement.

"Funeral Solution" is the first taster of Osees' new album, and arrives with a Logan Feser-directed video.

A Foul Form will follow the group's 2020 album Panther Rotate, and Henry Rollins confirms in a note accompanying the album announcement (via Stereogum) that the record features a cover of Rudimentary Peni’s "Sacrifice".

The group's John Dwyer wrote in a statement with the album" "Brain stem cracking scum-punk
recorded tersely in the basement of my home.
After a notoriously frustrating eon the knee-jerk song path was aggressive and hooky.
This is an homage to the punk bands we grew up on.
The weirdos and art freaks that piqued our interests and pointed us on the trail head to here/now.
Bad times make for strong music is something I agree with.
I would say that is evident by the past few years of output from the underground.
Transmissions have been all over the map.
scanning…
searching…
sweeping out in the darkness looking for a foot hold.
A Foul From represents some of our most savage & primal instincts.
Fight or flight.
And the importance of a sense of humor in the darkest hour.
Nothing wrong with keeping it snappy in the meantime.
For fans of Rudimentary Peni, Crass, Bad Brains, Black Flag, Screamers, Abwarts, Stooges and all things aggressively tilted towards your face.
You can lean back but don’t flinch…it’s a brief foray into the exhausting pogo pit so
stiffen your back and jerk with your knees."

"Funeral Solution" is out now. Osees' A Foul Form album will arrive via Castle Face Records on 12 August, and is available to pre-order now.