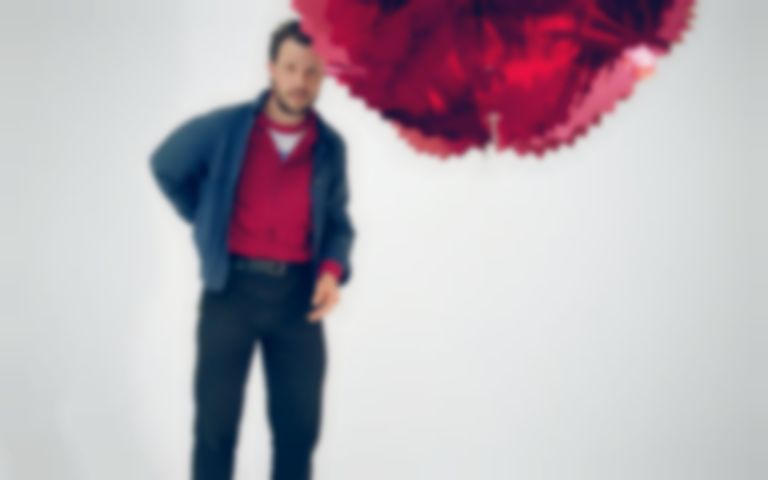 Former Maccabees vocalist Orlando Weeks has delivered his second new single of the year, "Deep Down Way Out".

After returning with Katy J Pearson collaboration "Big Skies, Silly Faces" in June, Weeks has delivered "Deep Down Way Out", which is produced by Bullion and arrives with a Rik Burnell-directed video starring comedian and actor Lolly Adefope.

Weeks says of the new release, "I never thought I’d make cliff top, roof down, drive into the sunset type music but, "Deep Down" does feel like that to me. A sort of stompy freedom. A very concise, 2 minutes of freedom. I think it’s the best representative of the world myself and Bullion were trying to build on the album. Lean but full of buoyancy. In the absence of a convertible and cliff top I wanted the video to have that slight fanciful, otherworldliness and be unapologetically head-noddy. The otherworldliness comes courtesy of Daniel W Fletcher’s bespoke double headed costume, made especially for the video. And the unapologetic head nodding is thanks to Lolly Adefope with Rik Burnell directing and pulling it all together."

He's yet to follow up last year's debut solo album A Quickening.

Orlando Weeks' "Deep Down Way Out" single is out now. He's due to play The Barbican Centre in London on 20 March 2022.