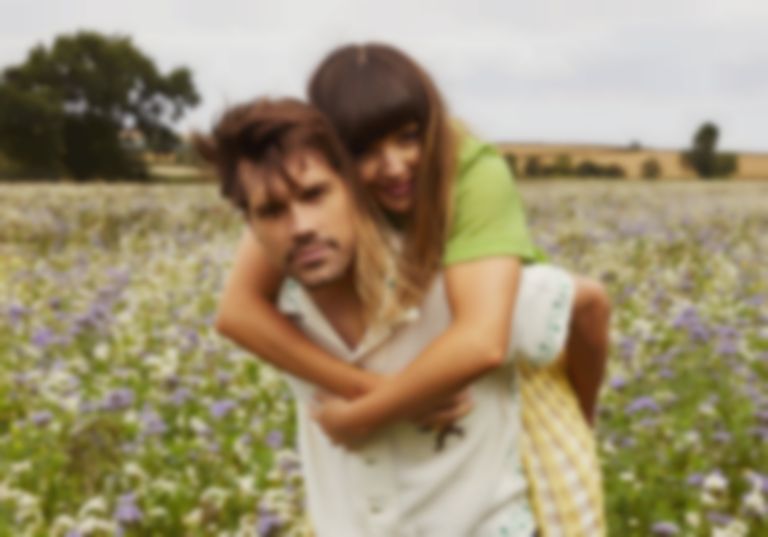 Oh Wonder have shared new song "True Romance" as the third taster of their 22 Make album that's out in July.

"True Romance" follows earlier outings "Fuck It I Love You" and "Magnificent", and was inspired by the 1993 film of the same name.

Oh Wonder's Josephine Vander West said of the new song, "We recorded it three different times. It started out being way more pop and fast and really intense, but realised that it translated beautifully just singing it at the piano; it’s actually quite a simple, beautiful chorus. So we slowed it down, chilled out the production and let the song breathe a little more."

22 Make is the second half to last year's 22 Break album.

The duo said of the new record in March, "When we nearly broke up during the pandemic, we used music as a way out. We wrote all our pain, sadness and confusion into a collection of songs that we eventually released as the album, 22 Break. But for us, that was only half of the story. We managed to survive our rocky patch, and emerge stronger than ever and full of love for each other. It only felt right therefore, to write about the other side, where you realise not just that you're meant for each other, but also that it also takes two people to make a love flourish. We are thrilled to be releasing 22 Make, an album full of love and life-affirming songs that reflect on fate, gratitude and being there for someone."

"True Romance" is out now. Oh Wonder's 22 Make album will arrive 22 July via Island, and is available to pre-order now.