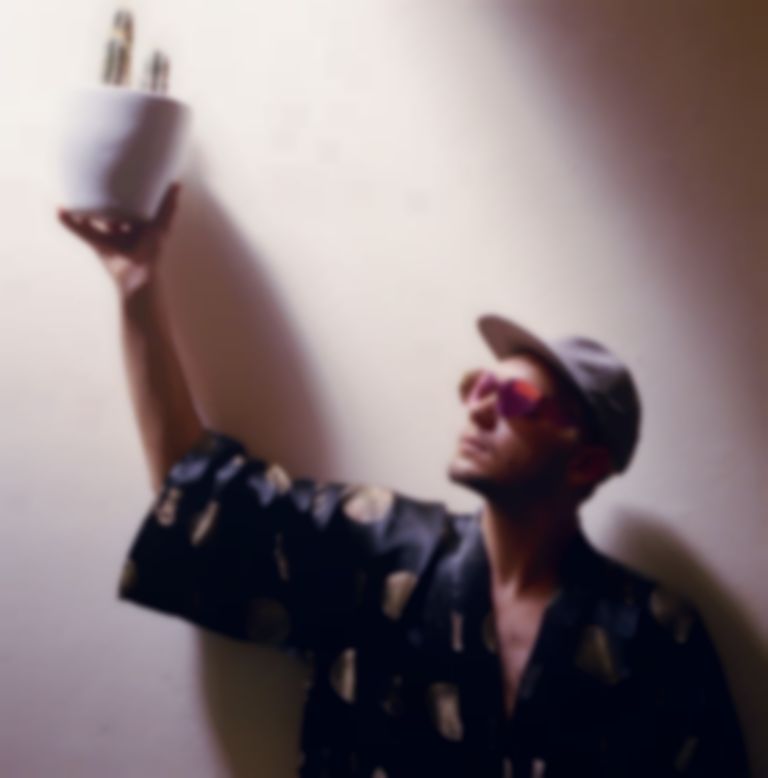 Los Angeles-based project NVDES give us a glimpse into their inner workings as they release debut EP Life With Lobsters.

Can you tell us about NVDES - how did it all come together?

NVDES is the sound of my friends and I making noise and experimenting in my living room which i call 'Vibe City Utah' - a place to be 'NVDE', open for experimentation and self discovery. In 2015 I had just moved to Los Angeles and was starting to jam with some friends. I wanted to find a way to make music and experiment with production without any genre in mind. It started as a production project but know I see it as a laptop-punk band.

NVDES is the creative collective that I curate and make music with. My two main collaborators are the Lemon Girl and Madi Diaz, but often includes other people that I feel inspired to make music with. I see all the people who influence the vibe as a part of the NVDES collective.

What are your aims with the project?

My aims are simple. To push boundaries of what music made on a computer can sound like. I aim to capture a raw carelessness and spontaneous excitement.

What's important in the project?

Imperfections and self discovery. Being 'NVDE' with the intentions in a song. With every song I want to create a feeling that takes the myself and listener somewhere new.

You've used a lot of different sounds and styles so far... what makes a NVDES song a NVDES song?

For me it's about spontaneity. So much of the style is about capturing the moment. I often piece parts together from recorded "moments of inspiration". A lot of times I build from scratch freestyle vocals and early guitar takes. I try and keep each song as close to the birth of an idea as possible. It's that feeling of a new idea that feeds us as songwriters and I try to capture and share that in every NVDES song.

How did the Life With Lobsters EP come together?

Life With Lobsters was heavily inspired by a few trips to Europe earlier this year. I would say three out of four songs are directly related to experiences we had in Berlin and Paris.

Most of this EP is quick jams and freestyle vocals that I recorded and later edited. It was all recorded in 'Vibe City Utah' except from "Gay Club" which was recorded in Berlin. Mostly written and recorded in a few hours for each song. For example "I Give Up, I Need Your Love" was written a recorded in 40 minutes. Lemon Girl and I jammed out the vocals and drums and then I texted my neighbor Madi to come over and record a guitar part, and that's exactly what you hear.

"8am" was a super fun session. It was inspired by a night in Berlin. It's about leaving a club with a stranger. It's about the two sides of when you have a one night stand - the guy who will do anything for sex and the girl getting more pleasure just leading someone on.

We see it as a punk show with electronic drums and acoustic guitars. Our motto is lifted from Bowie "I don't know where we are going, but I promise it won't be boring..."

I am always working on new songs. At any time I'm working on five/six new songs but I wait to to see which songs finish themselves first and then I release it. I would say lots of new music coming early in 2017.

How do you feel about the US election?

Well... I feel horrible about it. It's a very sad moment in the US right now. However I feel more empowered as an artist to speak out and push boundaries and share positive energy with people.

What would the US be like Clinton had won?

I was a huge Bernie Sanders supporter. We have a song about him that we play live. If Hillary had won at least it would have discredited the negative agenda of Donald Trump and the Republicans.

What excites you for next year? What scares you?

I am excited for the art that will come from these crazy times we are living in. I am excited and inspired to see how people push back and evolve through this. For know I just have the fear of an Orange President. But not for Long...

The Life With Lobsters EP is now via B3SCI.