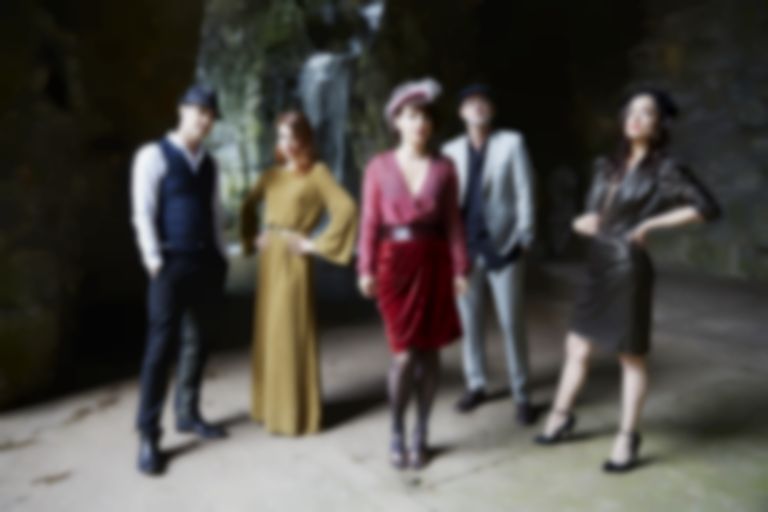 As well as that, they're giving a debut to their new video for the title track.

Nouvelle Vague have also detailed upcoming record I Could Be Happy and announced a heap of UK/EU shows for autumn/winter, including a show in London this November.

The new EP is centred around the band's light and airy rendition of Cocteau Twins cult classic "Athol-Brose", which becomes a breezy chill-out tune in the hands of the new wave outfit. The EP also features a remix of their version of Joy Division's "Love Will Tear Us Apart" and an original song.

I Could Be Happy is released 4 November. The Athol-Brose short player is out tomorrow, 2 September, via Kwaidan.

Stream the EP below, and watch the "Athol-Brose" video after. The band's upcoming UK/EU dates are beneath that.