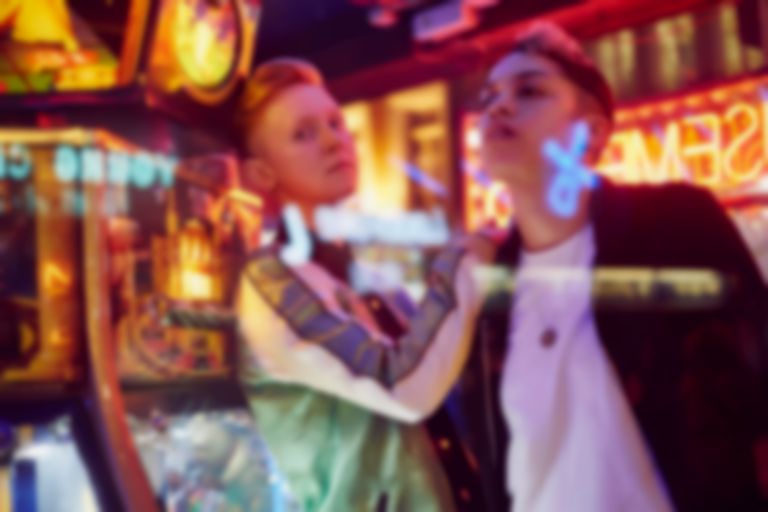 NIMMO today launch The Room 5 Sessions, a series of "reinterpretations" of their favourite tracks - first up, Grimes' "Realiti".

As well as The Room 5 Sessions, NIMMO have confirmed a new tour with Danish megastar MØ across the UK - including a show next month at the London Roundhouse. MØ's big-hitting "Kamikaze" has also received the Nimmo treatment.

Keep up to date with all the sessions on Nimmo's website. The website features additional visuals and pictures along with each session.

Explaining the series, Nimmo say: “We've had our studio in Dalston for the last year and a half, and it's homed a lot of parties and great memories from writing and recording the album. We are so excited to share the cover series we wrote and recorded in this space - Room 5.”

Nimmo's next single will arrive soon. Their debut album is expected in 2017.

Check out Nimmo's take on "Realiti", and then cast your peepers over Nimmo's upcoming live dates after.