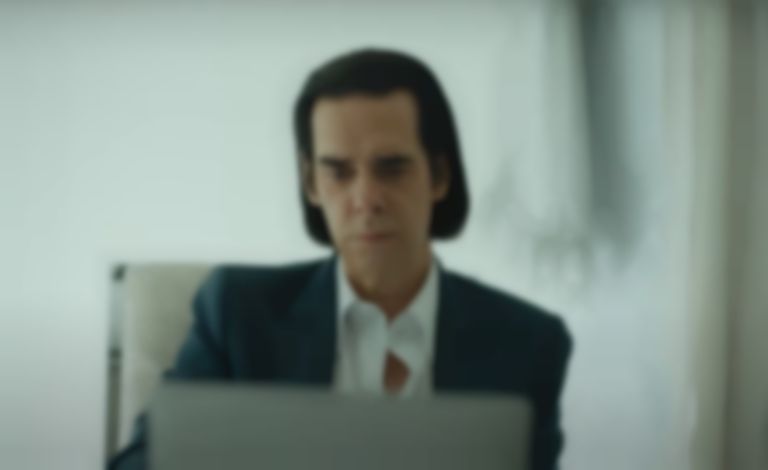 Nick Cave wants fans to send him short clips filmed on their phones to piece together for an upcoming collaborative film to accompany his Seven Psalms project.

Last Friday (1 July) Nick Cave released his Seven Psalms project, which features seven spoken word tracks from Cave that features music by Warren Ellis, as well as a 12-minute instrumental that was recorded during their Carnage album sessions.

Following the release of Seven Psalms, Cave has revealed he wants to collaborate with fans on an accompanying film, and is asking for fans to submit video clips recorded on their phone under two minutes that means something to them. A press release states that the general themes are "mercy, anger, splendour, grief, solitude, yearning, revelation, glory".

The footage must be owned by the person sending it, and anyone featured in the clips must also give permission for it to be shared and edited. The videos must also be sent as 720p MP4 landscape format to psalms@nickcave.com.

Cave said of Seven Psalms, "While in lockdown I wrote a number of psalms, or small, sacred songs—one a day for a week. The seven psalms are presented as one long meditation—on faith, rage, love, grief, mercy, sex and praise. A veiled, contemplative offering borne of an uncertain time. I hope you like it."

Nick Cave's Seven Psalms project is on streaming services now, and the limited edition 10" vinyl is available to buy from cavethings.com.