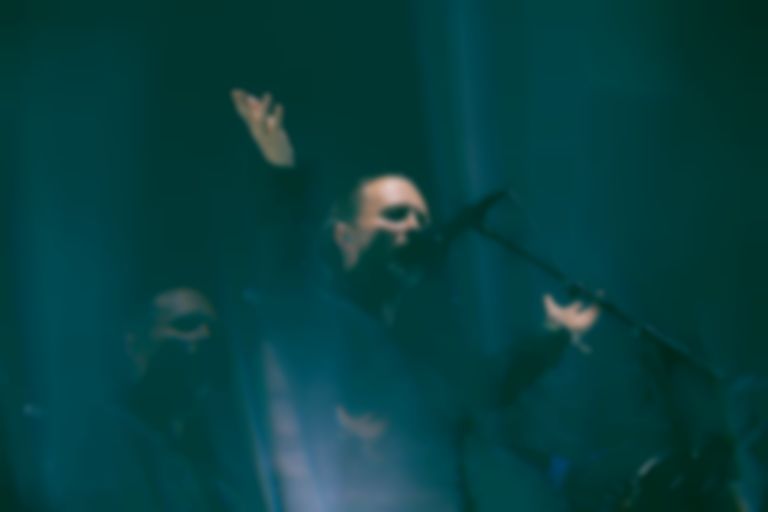 Motherless Brooklyn is the second film that Norton has directed, after 2000's Keeping The Faith.

Speaking to Rolling Stone about getting Thom Yorke on board, he said, "The last thing you want is to get at loggerheads about something you care a lot about and you invite someone you care and love in and it’s not working."

Norton has known Yorke since the mid '90s, after Michael Stipe introduced the two at an R.E.M. gig that Radiohead were performing at.

Explaining his initial ideas for Yorke's track, Norton said, "I didn’t presume he would do it. I wanted Thom to write an old-world melancholy ballad, and I wanted his voice to be the properties for [Norton’s character] Lionel’s voice … But I sort of said to myself, "Yeah, you and everybody else in the world.""

He finally reached out to Yorke via email with the song request and film script, and heard back from the Radiohead vocalist two weeks later with the song "Daily Battles" attached.

Norton recalls, "He sent me this track of him on a piano singing it and I was sitting on the edge of my bed in the dark, crying from listening to this song. It’s so instantly heartbreaking and evocative of so many of the themes to the movie without being overly specific to them, but so much so, I thought the idea of daily battles that everyone is fighting, that you’re trying to rise up and out of, was so evocative that I went back into the script and put the phrase into a scene."

The song was so impactful that Norton wanted it to be part of a crucial scene in the film which involves a jazz club. Norton called on jazz legend Wynton Marsalis to create a new arrangement for the song. He tells Rolling Stone, "We wanted the characters to dance to a ballad and we were trying to think what to do; we didn’t want to do a famous Miles Davis track or anything like that. So I played Wynton Thom’s song and he said "That’s a really pretty tune." Wynton, two days later, came back with this arrangement. And the first time Thom heard it, he kind of put his head between his legs and said "Jesus, fuck." It was really a wonderful moment, so we did this great weird thing of inserting Thom’s song into the Fifties."

In order to make the two versions blend, Yorke enlisted the help of his Atoms For Peace bandmate and Red Hot Chili Peppers bass legend Flea to contribute horns to his version. Norton explains, "People don’t really know this, but Flea went back to USC and got his masters on music theory on trumpet, and his dad was a jazz musician and he is a deep aficionado of jazz. So Flea came in and played the most beautiful, simple lines that add that dimension. And then Thom took some of them and reversed them and put them through compressors so that it’s playing backward and forward at the same time. It’s really beautiful."

Both Thom Yorke and Wynton Marsalis' versions of "Daily Battles" will be released in the next few weeks. Motherless Brooklyn is due to arrive in UK cinemas in November.