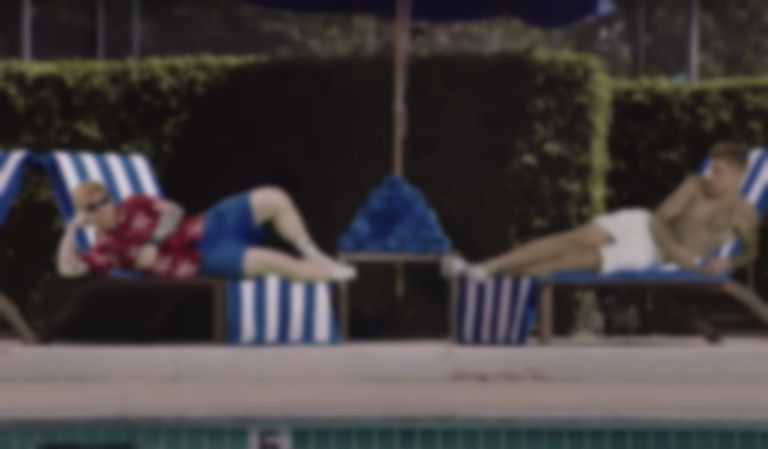 A new song penned by Ed Sheeran and Justin Bieber, titled "PA PE LANMOU", has been registered on the American Society of Composers, Authors and Publishers site.

Over the weekend eagle-eyed fans noticed that Sheeran and Bieber have teamed up once again, this time as co-writers on a track titled "PA PE LANMOU".

According to the American Society of Composers, Authors and Publishers site, Bieber and Sheeran wrote the song with Benjamin Joseph Levin, aka Benny Blanco.

The screenshot of the "PA PE LANMOU" listing on the ASCAP site doesn't state any performers, so it's currently unclear if Sheeran and Bieber will be featured on the song.

"PA PE LANMOU" marks the first time Bieber and Sheeran have collaborated (although this time as writers) since 2019's "I Don't Care".

Earlier this month Ed Sheeran was announced as the new Ipswich Town FC shirt sponsor for the club's 2021/22 season.