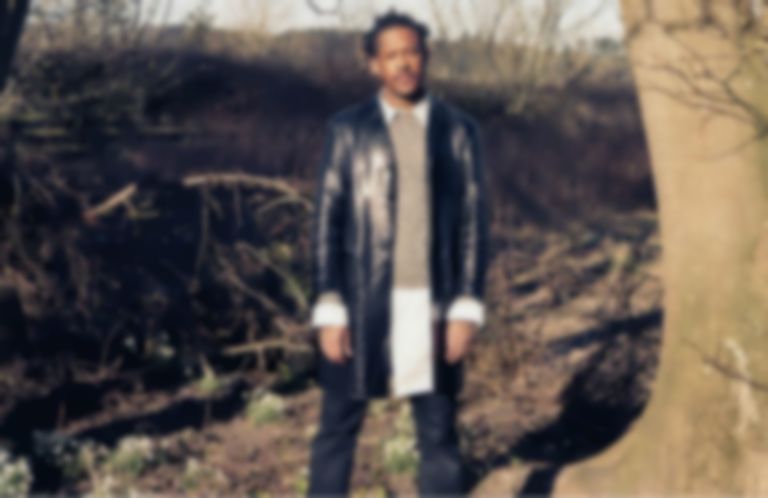 Photo by Will Creswick

Mykki Blanco has returned with their first single of 2022 "Family Ties", which sees them collaborate with R.E.M.'s Micheal Stipe.

The new track, which is the first taster of a new project coming this year, was recorded with Falty DL and arrives with a Kit Monteith and Krishna Muthurangu-directed video.

""Family Ties" is the first song where I sonically found my voice and I mean that in a very literal way," Mykki Blanco explains. "It's the first song in my entire career where I am singing, I don't rap. I wrote this song about the relationship between my ex-boyfriend and his father that has had bouts of mental illness. When the person you love is going through a situation that you can't alter in any way, or help or be active in trying to correct it not only hurts them but it hurts you. I think the core meaning of this song is compassion in the face of helplessness."

They said of working with Michael Stipe, "Falty DL and I took a shot at the moon - I sent him the song because it felt as if in some alternate universe Michael Stipe had already created it. His willingness to perform and be a part of this meant the world to me. I hope to just keep making good art and attracting meaningful circumstances and people that make this life and making music worthwhile. This on so many levels was one of those moments."

Stipe added, "Mykki has a gorgeous voice, resolute and strong. I'm thrilled to have worked on "Family Ties"— I love how the song turned out."