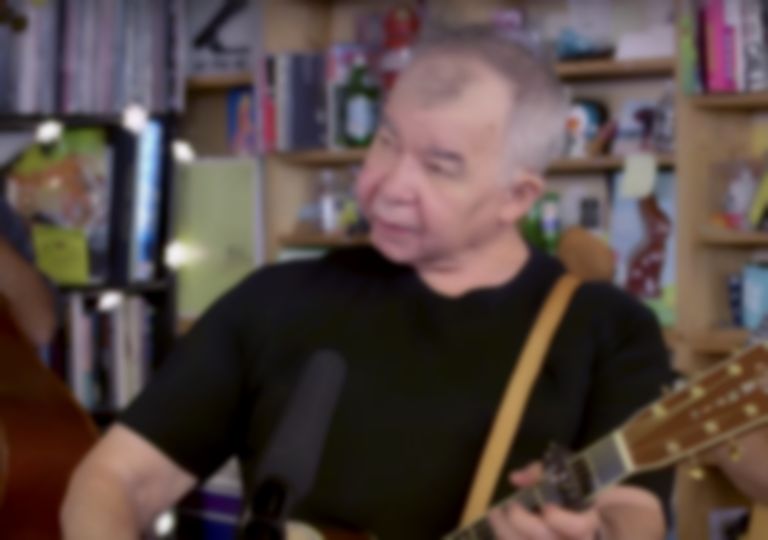 Country and folk musicians have been paying tribute to John Prine, who has died aged 73 after being hospitalised with coronavirus last month.

Prine's wife Fiona Whelan Prine had been posting updates on Twitter following his hospitalisation on 26 March. On 3 April, she wrote, "He is very ill and yet I remain hopeful that he can continue to fight this devastating virus and come home where we can care for him."

He had developed pneumonia in both lungs, and died from complications brought on by COVID-19.

The two-time Grammy winner released 18 studio albums throughout his career, his most recent being 2018's The Tree of Forgiveness.

Bruce Springsteen, Sheryl Crow, and many other Americana/country/folk musicians have been paying tribute on socials.

Over here on E Street, we are crushed by the loss of John Prine. John and I were "New Dylans" together in the early 70s and he was never anything but the lovliest guy in the world. A true national treasure and a songwriter for the ages. We send our love and prayers to his family.

My heart hurts learning that John Prine has passed away. He is singing with the angels. You will be missed but your songs will live on.

Now John Prine. What a beautiful songwriter; all those warm songs that cut their own path through a tangled world. I love him. Corona got him too. R.I.P.

It hurts so bad to read the news. I am gutted. My hero is gone. My friend is gone. We’ll love you forever John Prine.

RIP to our brother the greatest @john_prine we are so lucky to have known you. thank you. @johnprinemusic

As if we didn't have enough devastating news
The great John Prine has died & I am heartbroken.
I always saw him as a sort of Mark Twain figure
A humorist but mainly a humanist. He could make you laugh one moment and rip your heart open in the next.
He always very nice to me RS pic.twitter.com/qUqrkRYjZs

john prine is as good as it gets. an honor to be alive during his time making work.

John Prine and Bill Withers in a matter of days. This is a hell of a time.