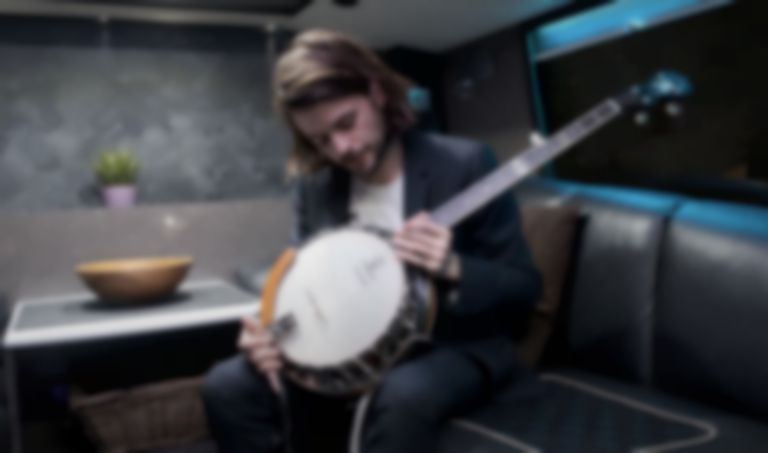 Mumford & Sons' guitarist and banjo player Winston Marshall has revealed in a new blog post that he's leaving the band for good.

Back in March Marshall received backlash after praising Andy Ngo for his "important" book on Antifa called Unmasked. Marshall also called the right-wing journalist a "brave man" for the book release, and deleted the Tweet after receiving criticism.

After releasing a statement a few days later revealing he would be "taking time away from the band to examine my blindspots", Marshall has shared a blog post announcing his permanent departure from the group.

Marshall reflected on the "exhilarating" years in Mumford & Sons, before writing, "Who in their right mind would willingly walk away from this? It turns out I would. And as you might imagine it’s been no easy decision."

Addressing the criticism, Mashall continued, "Over the course of 24 hours it was trending with tens of thousands of angry retweets and comments. I failed to foresee that my commenting on a book critical of the Far-Left could be interpreted as approval of the equally abhorrent Far-Right."

"I’ve had plenty of abuse over the years," he wrote. "I’m a banjo player after all. But this was another level. And, owing to our association, my friends, my bandmates, were getting it too. It took me more than a moment to understand how distressing this was for them."

On the time he spent away from the band, Marshall continued, "I have spent much time reflecting, reading and listening. The truth is that my commenting on a book that documents the extreme Far-Left and their activities is in no way an endorsement of the equally repugnant Far-Right. The truth is that reporting on extremism at the great risk of endangering oneself is unquestionably brave. I also feel that my previous apology in a small way participates in the lie that such extremism does not exist, or worse, is a force for good."

He ended his post by adding, "The only way forward for me is to leave the band. I hope in distancing myself from them I am able to speak my mind without them suffering the consequences. I leave with love in my heart and I wish those three boys nothing but the best. I have no doubt that their stars will shine long into the future. I will continue my work with Hong Kong Link Up and I look forward to new creative projects as well as speaking and writing on a variety of issues, challenging as they may be."

Mumford & Sons also acknowledged Marshall's post on Instagram, writing, "We wish you all the best for the future, Win, and we love you man. M, B & T."