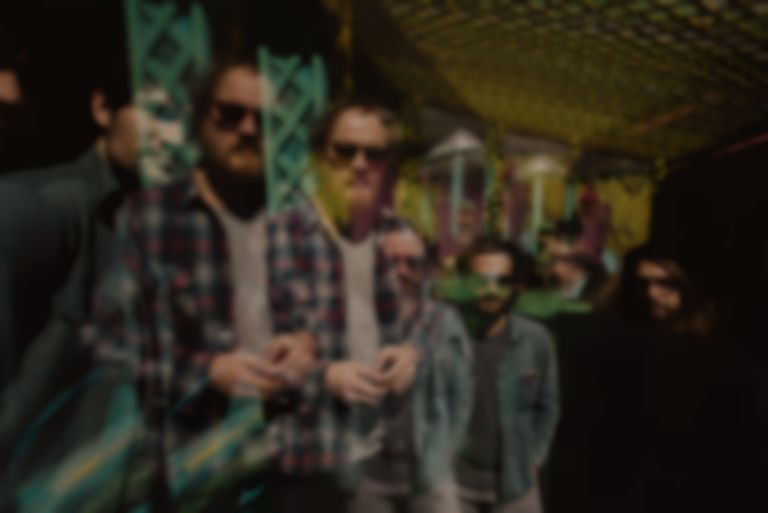 Nau's upcoming release will follow last year's Some Twist album and its follow up EP The Load. The first taste of the new offering, "Less Than Positive", is plump with freewheeling melodies and dishevelled Americana riffs - it's loose and breezy, with each element afforded freedom to delve into tangents and sprawl out at leisure.

"This song's been around and part of the live thing for a long time," explains Nau. "I'm not sure how or why it came back around during this session, but it was recorded on the final day. The apartment where we recorded this album has a big spiral staircase in the entrance of the building - we set up drums in there for this one, and hung a mic from the ceiling. Other than harmonies, nothing was overdubbed."

"There was a musical language that we created; something without a guiding pattern that you could really just jump into and see where things could go," Nau adds of the LP's recording process. "These things became the vehicle by which we travelled, giving us reason to spend most of our lives in a van of uncertainty."

Nau has also announced a string of European dates September, including headline stops in Bristol, Manchester, and London. Find out the full details.

Michael Nau & The Mighty Thread is out 3 August via Full Time Hobby. You can pre-order it now.