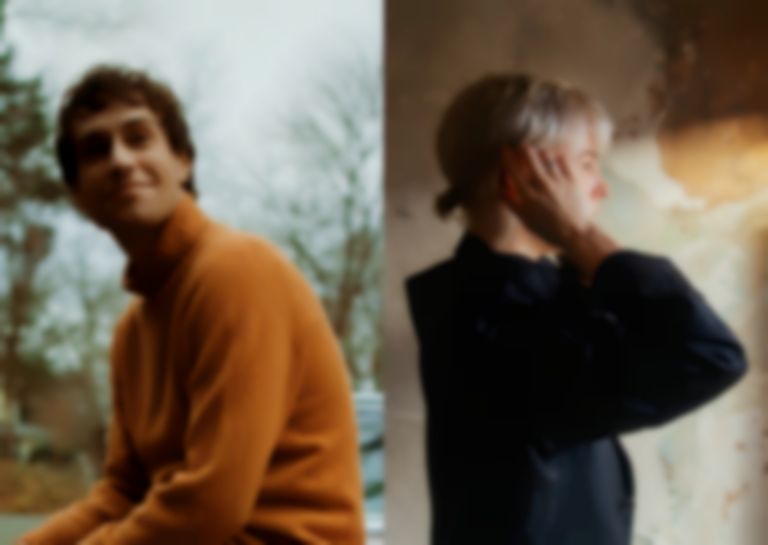 Max Jury has shared a cover of PJ Harvey's "The Desperate Kingdom of Love" with Fenne Lily, which arrives as the first taster of his forthcoming collection of songs The Shade and The Grass.

Jury's cover of PJ Harvey's "The Desperate Kingdom of Love" marks his first release since 2019's cover of Paul Weller's "You Do Something To Me", and sees Jury rework the PJ Harvey track into a duet with Fenne Lily.

The cover is accompanied by an animated visual by Ellis van der Does.

Jury says of the cover, "I love Polly Harvey as an artist, and I always have. For whatever reason, she’s always really resonated with me. And that song in particular I’ve always just loved so much. I thought it would be good to do it as a duet, to add a new element – the way she sings it, it feels like a story with two sides almost. Fenne Lily was keen to hop on, so I was flattered and grateful that she was down to do it. I love the breathiness and softness of her voice, and it was a great fit on this song. Recording it was very much a quarantine vibe, her in her place, me in mine. But PJ’s original was a home recording, so it felt right to not make it sound too clean."

Lily adds, "I used to listen to Max’s early stuff on my bus ride to school, the same school PJ went to, so this felt like a sweet collision of worlds. Thank you to the queen for writing the perfect song, and to Max for wanting my voice."

Jury says, "When you’re always in motion and always chasing whatever the label wants you to do, or whatever goals you have, it’s hard to have time to actually stop, and learn, and grow, and get better. Which I really wanted to do. This whole time has been useful: it’s given me time to sit tight and focus."

Max Jury and Fenne Lily's cover of PJ harvey's "The Desperate Kingdom of Love" is out now. Jury's The Shade and The Grass collection will be released via Marathon Artists on 16 June.