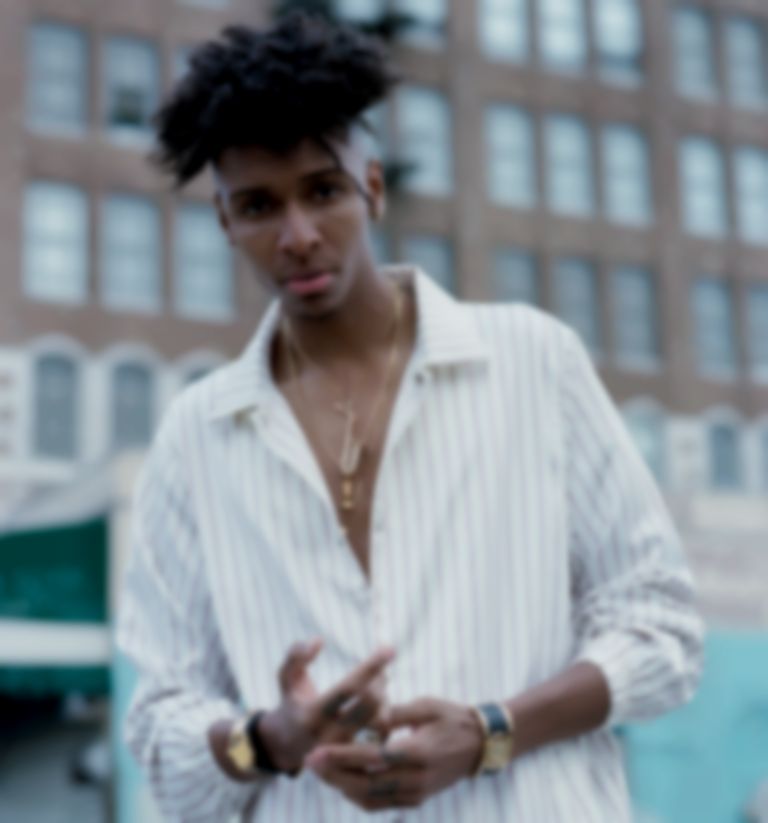 Multi-instrumentalist and silky smooth Masego is back with slick cut "Lady Lady". He chats to us about all things jazz, and how women are an integral part of Masego's every move.

"So my Twitter bio currently is “I’ve been wearing a lot of silk lately”. I feel like that’s a good way to describe it all. I’m a lot more smooth these days, a lot more boujee-er, a lot more lavish, and a lot more appreciative of who I am internally on a deeper level."

Masego has been hypnotising his global audience with his captivating multi-instrumentalism. His stint in high school was used to teach himself bass, drums, guitar, piano, and saxophone.

Having just smashed his performance at London's Field Day, he's well on his way to gaining a substantial UK fan base, "I’m very moody, in a sense of like, I change my show every time. So my team low-key hates me. They’re always like “can we type a set list please?!”. There’s not a set list. You came to see me so how i’m feeling today is the show you’re gonna get. I’ve been to a lot of shows and I like to think from their perspective, like why did they come out here? To get drunk and have a good time. You wanna have a memory."

"Lady Lady" sees Masego fuse his signature sax over a flowering bed of sensual melodies, blissful vocals and head-bop percusssion, as he ties in his appreciation towards women, "I met one woman and I started to meet other women that had certain characteristics that hit me on a deeper level. If you’re talking to me in 2015, my Instagram saves are like curly haired, big bootied women, that’s the whole thing. A bunch of twerk videos. And that was me just like “yeah I’ma marry her and she gon’ twerk every day!” And that was what I was attracted to, whatever age I was in 2015."

"I still watch twerking videos every morning, that’s my coffee."

His ode to women is a fundamental part of his well travelled artistry, as he explains, "women guide my every move. Not even a game. From me learning to play instruments, to the songs i write, to where I want to travel. There’s a woman attached to it."

After being inspired by a Cab Calloway documentary in school, Masego was set on the path to learn jazz, but encountered road blocks when trying to modernise it, "I’m doing my little smooth keys thing, playing some jazz and soul, and the women weren’t really dancing, so then we got going with the trap songs and the twerk beats, and they’re dancing. I would play the keys over the top of it. Simple as that."

"Lady Lady" is hella smooth, and is out now. Masego joins Leon Bridges on his North American tour. Find out more details.