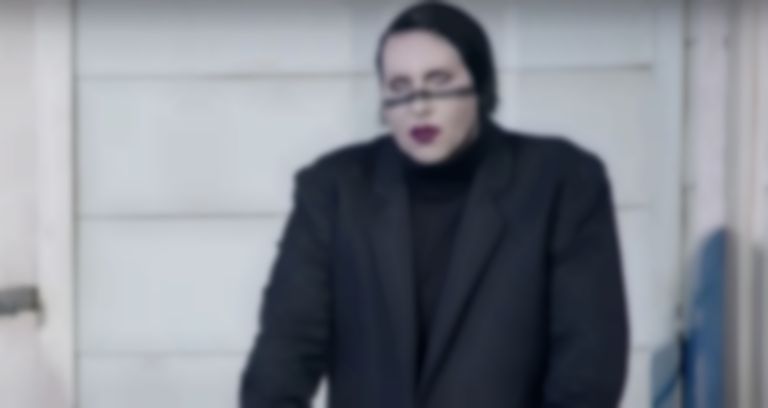 Marilyn Manson is no longer nominated for two Grammys after the Recording Academy updated the Best Rap Song category with Kanye West and Jay-Z's "Jail" for Best Rap Song, which doesn't credit him as a songwriter.

Last week the full list of 2022 Grammy nominations were announced, and among them were a few controversial choices, including nominations for Kanye West's DONDA (which is up for Album Of The Year), and Ye's DONDA track "Jail pt 2" (nominated for Best Rap Song), both of which feature contributions from Marilyn Manson, who has been accused of sexual assault and abuse.

The New York Times has since reported that the 2022 Grammy nominations list has recently been updated, and one of Manson's two nominations is missing.

Manson is no lonnger up for Best Rap Song after contributing to West's "Jail pt 2", as the list now reflects that it's the Jay-Z version of "Jail" that is up for the award. He is, however, still nominated in the Album Of The Year category for his contributions to Ye's DONDA.

Grammys chief Harvey Mason Jr. responded to Manson's nominations last week, saying, "We won’t restrict the people who can submit their material for consideration. We won’t look back at people’s history, we won’t look at their criminal record, we won’t look at anything other than the legality within our rules of, is this recording for this work eligible based on date and other criteria. If it is, they can submit for consideration."

He added, "What we will control is our stages, our shows, our events, our red carpets. We’ll take a look at anyone who is asking to be a part of that, asking to be in attendance, and we’ll make our decisions at that point. But we’re not going to be in the business of restricting people from submitting their work for our voters to decide on."