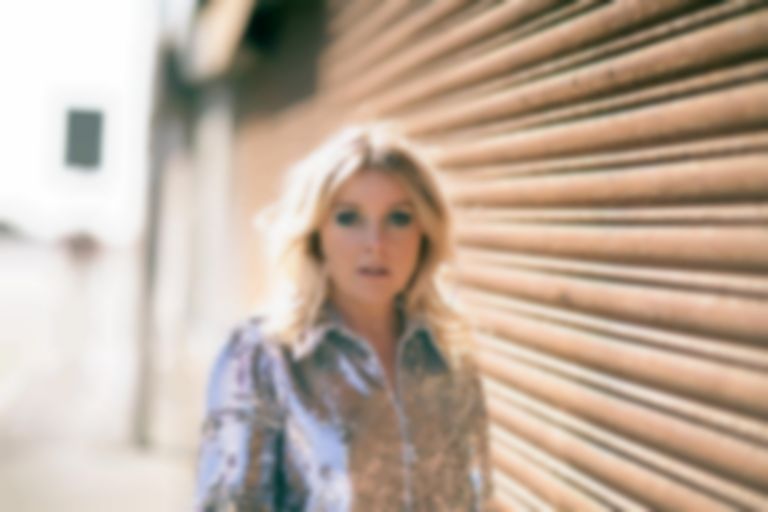 Little Boots is back with new single "Silver Balloons", and tells BEST FIT about producing the track herself and the "incredible experience" of working with ABBA on the upcoming Voyage tour shows.

"Silver Balloons" is Little Boots' first release of the year, and follows recent news that she'll be performing keyboards, synths and backing vocals in the live band for ABBA's highly-anticipated Voyage tour next year.

The new track is also the lead outing from Little Boots' self-produced album set for release next year, which will follow 2015's Working Girl.

BEST FIT managed to catch up with Little Boots, real name Victoria Hesketh, to discuss the new single, album, and working with ABBA. Read below.

BEST FIT: Can you tell us what inspired your new single "Silver Balloons" and how your Patreon fans helped with it?
Little Boots: "Silver Balloons" was about all the cancelled plans and parties, as we watched dates come and go and our hope blow up in our faces like shiny balloons bursting. All we could really do to get through it was pick up the pieces and hold on to each other. Which is kind of what myself and my Patreons did… I started Patreon early in the first lockdown when all my gigs were cancelled, but it became an amazing community that really kept each other going, myself included. As a result, not only have my Patreons completely funded this album, but I’ve been able to share the songwriting and album making process the whole way through, getting feedback on demos key decisions like artwork directly from fans which has really been an amazing way to make a record, and they have totally shaped it.

What made you decide to produce the song yourself?
Partially necessity, as I usually work with producers in the studio but obviously that was a no go in Covid, and I didn’t really try Zoom sessions until quite near the end, as it sounded like such a soulless way to write a song! And its one of those things, I’ve been messing with production and been around amazing producers in studios for years absorbing so much, I just had a bit of imposter syndrome I needed to get past, and weirdly the pandemic was the push I needed. Part of me always felt like I needed to make a song with an older man in a dark room or it wasn’t valid or worthy somehow, as that’s what I’d always been shown and told coming up through the major label system. So, when I played people the demos for this album I made so many excuses and said of course they all need to be re-produced this is just me messing around at home, and everyone was like what are you talking about, these are the most finished sounding produced up demos we’ve heard! So, I learnt a big lesson in trusting my gut and ears and I’m really proud of the production.

The new single is the first from your fourth album, which is also your first in over six years - is there a reason for the gap between the two records?
I’ve released two EPs, a lot of collaborations and have done a lot of co-writing in the gap as you call it, so for me, it really doesn’t feel like a gap at all! Even between albums I’ve always consistently continued to release music, both on my own and as a collaborator. For a while I kind of stopped seeing the sense in doing albums for my own project, they were so time-consuming and expensive to make yet the burn was so quick. I started to feel like maybe the format was old fashioned. But actually, I think I was just waiting for the right moment, I need to feel like I really had something to say creatively, that was worthy of a full LP. And that time definitely feels like now with this record.

What can we expect from your new album?
"Silver Balloons" is very much a return to my roots record, its DIY disco pop with its heart on its sleeve and feels in many ways like I’ve come full circle. It was written mostly in my home town of Blackpool, which is where I wrote a lot of my first record, ironically on the same keyboard. I have been playing a lot of piano, so I really came back to that as a central point as a songwriter. Everything with this album started at the piano stripped back and was built out from there. I was listening to a lot of classic 70s songwriters like Carole King and Elton John and The Bee Gees which I think you can hear, there’s definitely a real nostalgic feel permeating it musically and lyrically. I just wanted to come back to great songs and being unashamedly me, not trying to please anyone else or jump on any kind of sound or trend. I felt like I was finally at the point where I could do that honestly.

As well as working on your own material, you've been busy with the ABBA Voyage concert, how did that opportunity come about and how much does it mean to you to be involved?
I was asked to audition by James Righton who was putting the band together and who I’ve known for years from Klaxons/new rave days. He knew I was a massive Abba geek and a classically trained pianist so I think I was one of the first people he called. It was kind of a strange idea at first playing for someone else as I’ve been doing my own thing for so long, but I really am such a huge fan, there was no way I could turn down this opportunity. The auditions were nerve-wracking but just electric and I knew from the first minute of playing I wanted in more than anything. Luckily I’d been training on piano a lot over the last couple of years in LA, so I was technically on my A-game, but the standard was so high I was worried I wouldn’t get it. So I was overjoyed when I got the call, and rehearsing with Benny and Bjorn in the studio in Stockholm was just beyond an incredible experience. This band playing those songs just gives you goosebumps! So, I cannot wait to get stuck into rehearsals and the launch of Abba Voyage next year, I know the show is going to be mind-blowing and bring a lot of joy to a lot of people, which really feels like what we all need right now.

"Silver Balloons" is out now via her own imprint On Repeat Records. Little Boots is yet to announce her fourth album. She'll play Bethnal Green Working Men's Club in London on 28 October. Visit littlebootsmusic.co.uk for tickets.