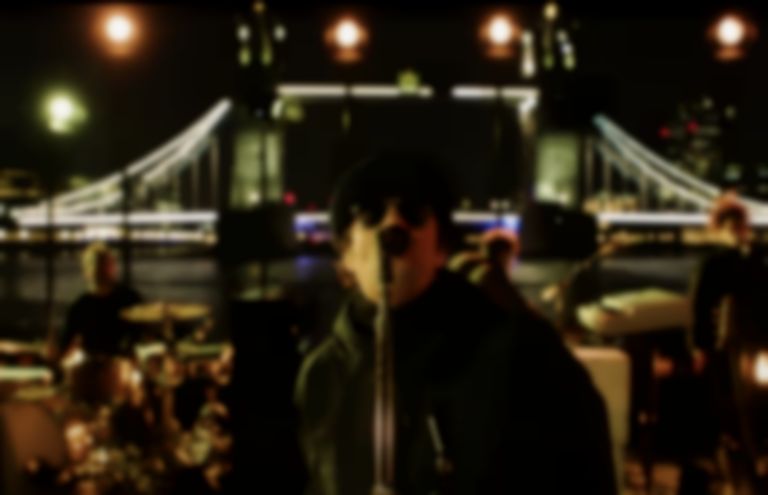 Liam Gallagher has shared a 30-second trailer for his upcoming virtual gig Down By The River Thames.

After announcing his forthcoming virtual gig Down By The River Thames earlier this week, Liam Gallagher has dropped a 30-second trailer for the livestream show, which confirms that he performs his Why Me? Why Not. tracks "Shockwave" and "The River".

Gallagher will be accompanied by his full band for the performance, which will take place on a barge floating down the River Thames, passing some of London's famous landmarks on the way. In the trailer, the band pass London Bridge, the O2 Arena and the Thames Barrier.

The Why Me? Why Not. artist said of the event, "To all my brothers and sisters around the world. I'm performing a one-off celestial live performance for you to stream, Down By The River Thames, on 5th December 2020. I'll be performing tracks from my two number one solo albums as well as some stone cold Oasis classics, some of which you haven't heard me sing for a long, long time. C'mon you know. LG x."

Liam Gallagher's Down By The River Thames virtual gig takes place 5 December at 8pm GMT via via MelodyVR’s web player. Tickets go on sale 9am GMT on Friday (13 November) from livenation.co.uk.