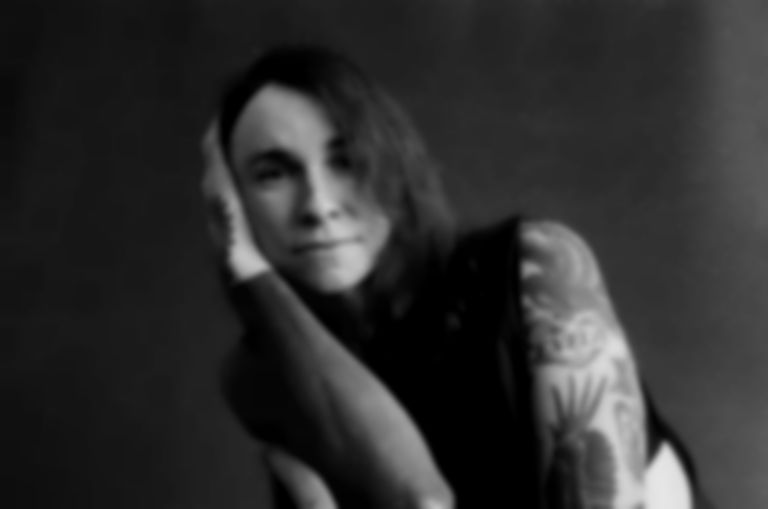 Stay Alive is Grace's follow up to her 2018 debut LP Bought To Rot, which she recorded with The Devouring Mothers.

The new album wasn't planned initially, and only came about because of the coronavirus pandemic. Before that, she was planning to record a new LP with Against Me!​. Grace says, "We came home from the Against Me! tour we were on in March, and right before we left, we had been in the studio working on songs, and I had been working on them for months prior."

She continues, "I sat around for a month-and-a-half at a home just being shell-shocked being like, ‘What the fuck happened and what the fuck is happening with the world?’ As I started to get my bearings, I just came to the realisation that waiting was going to kill the record and kill the songs. I spent two years working on all these songs, and the idea of throwing them away didn’t sit well with me. But then I was like, ‘What am I waiting for?’ All I have to do is adjust my scope. I can sit here on my fucking ass and do nothing, or I can work."

Grace adds, "I just want to put this out because it makes me feel alive and it’s giving me something better than sitting here losing my mind while the world falls apart. It doesn’t matter what anyone else thinks about what you do. Just stay alive."

Laura Jane Grace's Stay Alive surprise album is out now digitally on Big Scary Monsters. A physical release is planned for 11 December, and can be pre-ordered now.