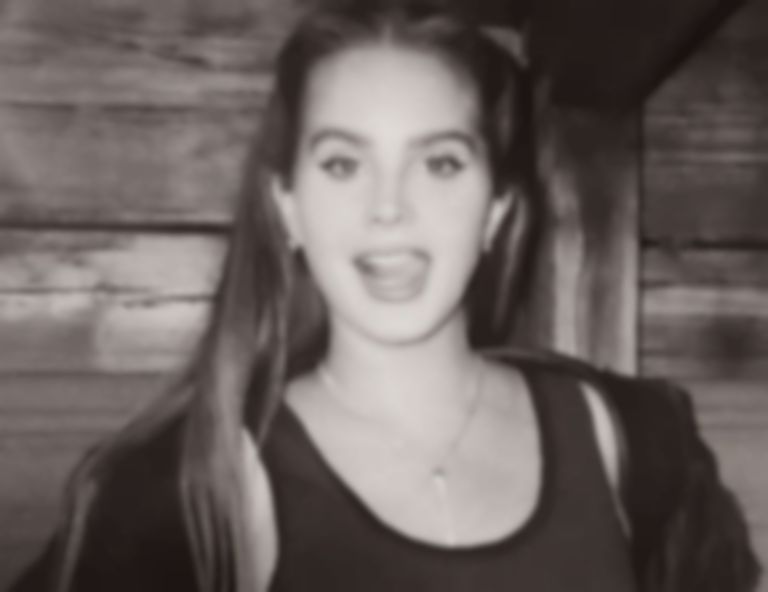 Lana Del Rey has revealed that her Chemtrails Over The Country Club album has been pushed back again, and will release a record of "American Standards and classics" in time for Christmas.

Last month at a book signing the singer/songwriter revealed that her new album could potentially arrive on 10 December or 7 January 2021. She said, "Because of the vinyl process being 11 weeks, it could be, like, January 7th."

Despite releasing the lead single from the LP "Let Me Love You Like A Woman" last month, Del Rey has provided another update on the album, confirming it's been delayed again due to vinyl production being put on hold because of COVID-19.

Del Rey said in the video, "Chemtrails Over The Country Club, right, 16-week delay on the vinyl process, so in the meantime, I am going to give you a digital record of American Standards and classics for Christmas because I can't get the record plants to open until March 5th."

Later in the clip, she added, "Chemtrails is done. I love it, it's folky it's beautiful, it's super different from Norman [Fucking Rockwell]."

Del Rey also said she "has some Patsy Cline songs I've been wanting to cover for a really long time", as well as a couple of "cool Americana songs with Nikki Lane."

‘Chemtrails Over The Country Club’ delayed by 16 weeks for vinyl production, @LanaDelRey reveals.