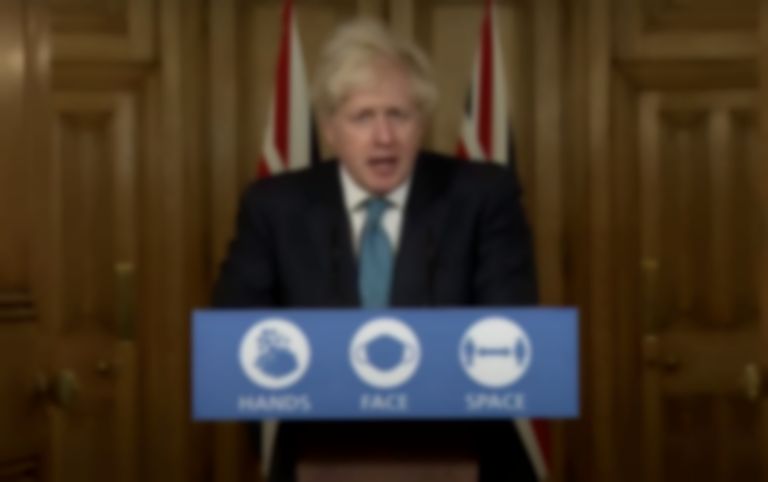 The Kunts' "Boris Johnson Is A F*cking C**t" track is edging closer to securing this year's Christmas Number One after entering the Top 10.

"Boris Johnson Is A Fucking C**t" was released as part of The Kunts' July album Kunts Punk in Your Face, but is now going up against LadBaby, Mariah Carey and Ed Sheeran for the Christmas top spot on the charts.

Black Mirror creator Charlie Brooker backed the song back in October for Christmas Number One, and now The Official Charts has confirmed that the track has entered the Top 10 with less than two days to go until the 2020 UK Christmas Number One single is revealed.

The surge in streams for "Boris Johnson Is A Fucking C**t" is likely due to the Prime Minister's introduction of Tier 4 coronavirus restrictions across London and parts of the South East of England earlier this week. Those located in Tier 4 areas have been urged to stay at home and not visit another household on Christmas Day.

The 2020 UK Christmas Number One single will be announced on Christmas Day (25 December) via BBC Radio 1’s The Official Chart show from 2pm GMT.