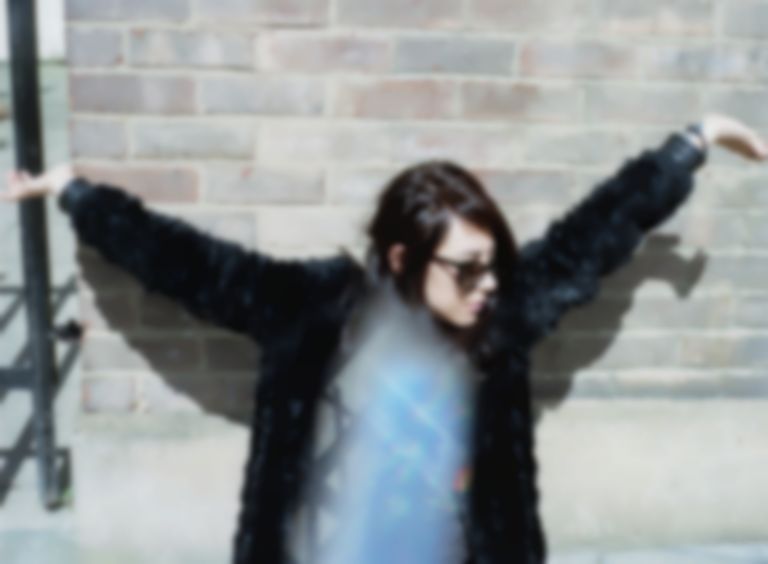 Kontrol also discusses the future - or lack of - of Dum Dum Girls, and the process of striking out solo after so long as part of a band.

Listen to the album below, and read our Q&A after.

Could you tell us a bit about how you made the new album?

I spent about five months trying and failing to write it. There was a long learning curve in my attempt to push past what I'd done via Dum Dum Girls. I went a bit overboard. I stopped writing on the guitar. I spent hours playing around with unfamiliar instrumentation and production. It was a necessary trial and error period, but culminated in extreme frustration; the fear that I'd lost 'it'. I eventually struck a balance about 45 songs in, got my sea legs, and jammed out the songs that became X-Communicate. From there it was a matter of divying them up between producers Kurt Feldman and Andrew Miller. They took me from black and white and to technicolor.

How would you describe how it sounds?

Honesty floating around in a bubble bath? Weird pop music? It sounds like I love Madonna but I love KLF more?

Just being able to make a record that feels so new and fresh to me - one that doesn't imply any limitations moving forward. The best gift I could give myself was the platform to work as a solo artist unchained by genre or scene. But it's starting over in a sense, so I'm back to proving myself.

What have you learned from the process?

Take the risk and enjoy the ride.

Do you think this experience will change the way Dum Dum Girls work in the future?

Dum Dum Girls is over as far as I can tell right now. I'm a singer and songwriter; I only need one vehicle. I had to step out of DDG because the music I want to make doesn't fit into that mold anymore.

Are you more productive on the road or holed up in a studio/home? Why?

I need to be home to write and demo, but I need to be out in the world to have anything to say.

You wrote a lot of material for the album that didn't make the final cut - will it see the light of day in a different form?

Probably not as it was sub-par. I repurposed some melodies and lyrics for X-Communicate, but it was more a training exercise needed to expand my sound.

What's next for Kristin Kontrol? What are you working on?

A few videos, solidifying and dominating the live show. We're supporting Garbage on tour in July so that's where my head is.

Taking Kristin Kontrol off the record and into the world.

X-Communicate is out now via Sub Pop.