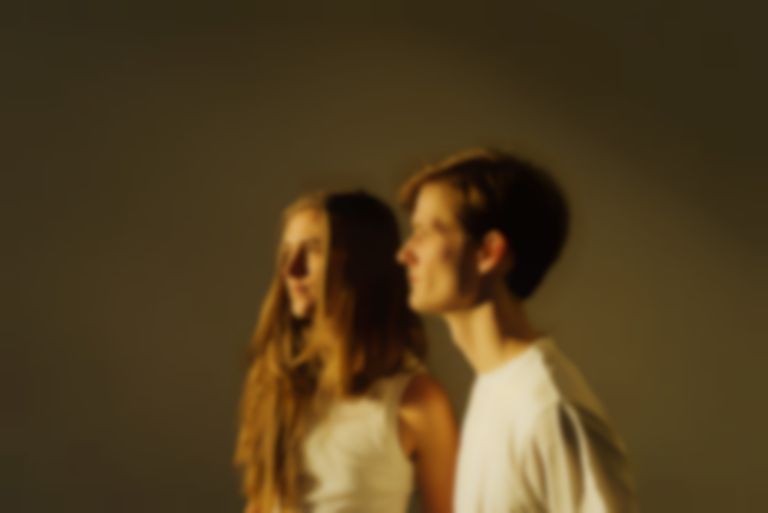 Norway's Konradsen are back with tender new track "Dice", the fifth single to be lifted from their forthcoming debut album Saints and Sebastian Stories.

Expanding on the new track, Jenny Marie Sabel of Konradsen says, "We didn’t have much experience recording music, but we were really tuned into searching and discovering. This track became the foundation for Konradsen’s recordings, lyrically, sonically and thematically. "Dice" set the mood and direction for the rest of the record. We use a lot of sounds from Eirik’s bedroom. You can hear beer bottles being opened, the sound of cutlery, piano strings, and Eirik’s younger brother taking out of the dishwasher. Piano and voice are really the center of this song, with all the other sounds accompanying and accentuating them. It’s a sweet song, and a sad song. It’s the only love story on the record."

Konradsen's Saints and Sebastian Stories album was recorded between Propeller Recordings and Eirik Vildgren’s home studio in Oslo with the help of Norwegian producer Kåre Vestrheim.

Sabel says of their album, "We really consider this community music, something that is very close to heart, and we wanted to communicate that not only through the lyrics, but also through the sounds and the people in the band."

"Dice" is out now. Konradsen's debut album Saints and Sebastian Stories lands 25 October via Su Tissue / Cascine, and is available to pre-order now.