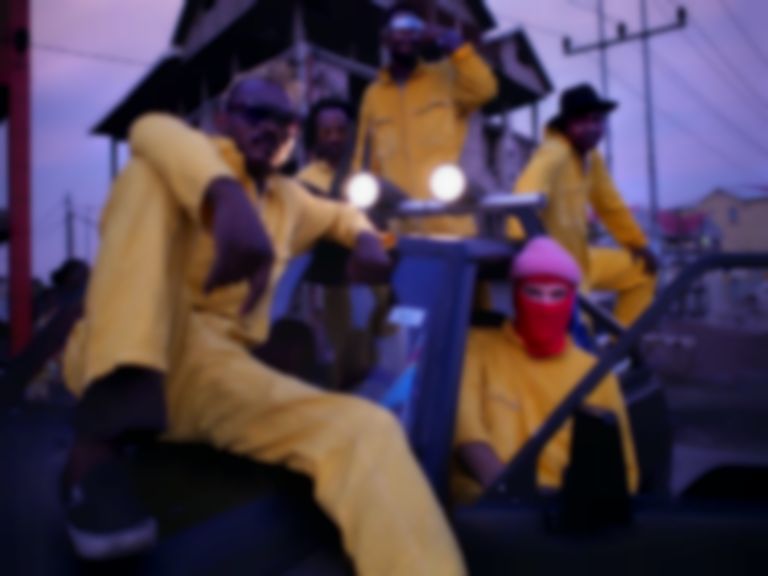 The group said of the new songs, "Our new tracks are represented both on the record and stage by the duo of 'The Lingwala Devil' Makara Bianko and 'The Mysterious' Débruit. More electronic and percussive, they focus on the night time atmospheres of Kinshasa - filled with energy and everything from the equipment to the sound system pushed to their limit. With amps smoking, wires melting and the crowd losing it. It's a huge truck coming forward at you. Elongi na Elongi - face to face!"

They're yet to follow-up their 2019 debut album Fongola.